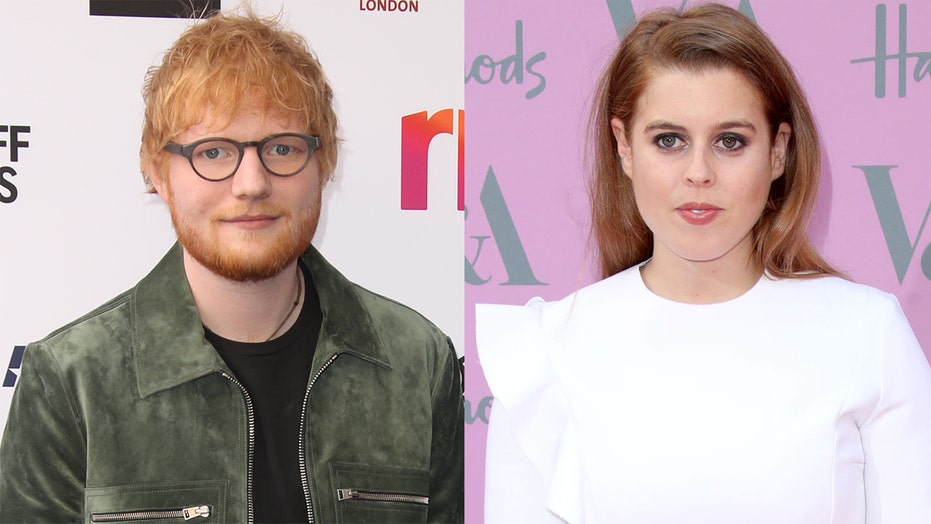 Ed Sheeran's manager has spoken out regarding an alleged incident between the singer and Princess Beatrice.

In 2017, reports circulated that Sheeran was partying with Beatrice and singer James Blunt at Royal Lodge in Windsor when the princess pretended to knight Blunt with a ceremonial sword and accidentally sliced Sheeran's face.

Per Vulture, Sheeran, now 29, told Absolute Radio at the time that he didn't realize he'd been cut until he "looked down at [his] shirt and it was just completely covered in blood."

The alleged incident required the star to get stitches, leaving him with a scar on his face, thought the pop star refused to name names.

Ed Sheeran's scar is allegedly a result of being accidentally cut by Princess Beatrice with a ceremonial sword. (Getty Images)

Sheeran's manager since 2011, Stuart Camp, recently addressed the incident during an episode of the "Straight Up" podcast.

Camp, who said he hasn't "heard hide nor hair" from the 32-year-old royal since the incident, recalled feeling "quite protective over that because we've never publicly commented on it," according to People magazine.

"Certain people said, 'Oh, you should lie and say it wasn't her and say it was someone else," the manager remembered. "I said, 'Well, we're not telling anyone anything. I'm not lying, just because someone's a f---ing idiot and they've been waving a sword around when you're all drunk. It's not safe!"

Camp poked fun at the partiers, referring to them as "paralytic" when they handled the sword.

"When you hang out with those sort of circles you're just asking for trouble, aren't you?" he added.

Singer Ed Sheeran has a scar on his cheek believed to be from an incident involving a sword. (Getty Images)

Blunt denied the events in 2017, telling Shortlist magazine that Sheeran cut himself while "drunk, messing around."

"We made a fancy story up; people fell for it," he said. "It was very embarrassing."

Sheeran made mention of the evening during a visit to "The Graham Norton Show," insisting he had "no idea how [the story] came out as there weren’t a lot of people there that night."

"For two weeks after, I had a huge gash on my face and would tell people I fell and then suddenly, the story came out," he said, quickly adding "The alleged story came out."