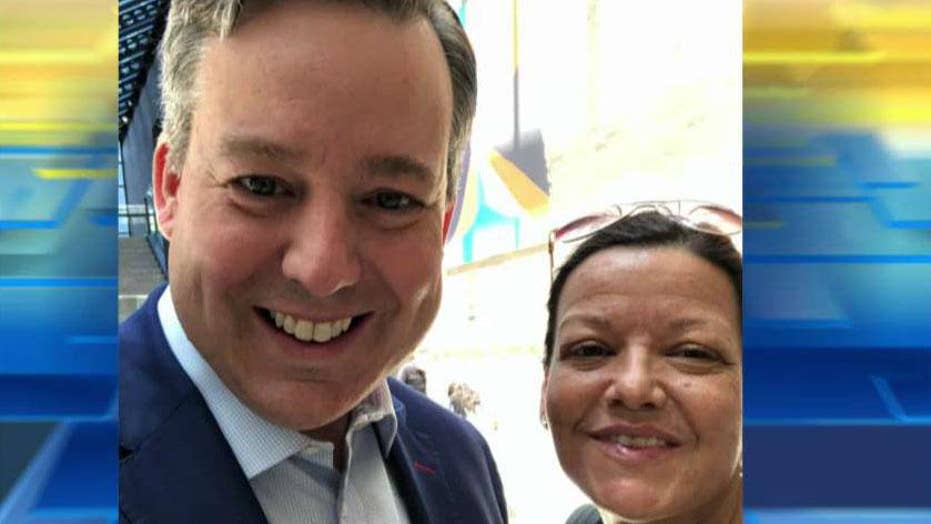 'Fox &amp; Friends' host Ed Henry announces he will be donating part of his liver to his younger sister Colleen.

Both siblings are "awake, chatty, and visiting with family," and incredibly, Ed was even able to walk down the hall on Wednesday to see his younger sister for the first time since the surgery.

Ed's family said doctors have been encouraged by how well both surgeries went and how their old and new livers have been performing so far.

Ed and Colleen have remained in the ICU, where doctors said they'll continue recovering.

Editor’s Note: Interested in becoming an organ donor while you are alive or after death? You can learn more and sign up at the U.S. government website organdonor.gov.

The Fox News correspondent also wanted to thank everyone for the outpouring of love, support, and prayers that have been shared since Henry emotionally revealed last weekend he was donating part of his liver to save his sister's life.

He told "The Story": "The doctors tell me that my old liver is functioning normally and that my sister's new liver started working as soon as it was put in, nothing short of a miracle. We have been lifted up by so many prayers. Today, I got out of bed, sat in a chair and then actually walked to my sister's room so we could have a toast -- apple juice."

In a piece for FoxNews.com, Henry wrote: "My goal is much simpler: I am determined to do whatever I can to give my sister the greatest gift of all, which quite simply is life."

He added, "The fact is that the risk of mortality for me is extremely low – less than 1 percent, according to the doctors. I will gladly take on the small risk of what the paperwork I signed at the hospital last week calls a "large midline incision" for the gigantic reward of having my sister around for a very long time."

Speaking about the decision on "Fox & Friends," he said the people around him at his job and in his life have helped him bear the burden of taking on the unknown to help save his baby sister.

"I can’t forget to say that Suzanne Scott, our C.E.O., you know, it’s funny, you feel a burden and then you feel like it’s lifted when people around you help you. Jay Wallace our president, Lauren Petterson as well, one of our great executives -- they were asking me to do all kinds of things like go to the debates in Miami and do these things... but you’re running out to the hospital, taking another blood test. I finally just said, Suzanne, I can't do this, and she was like, go help your sister. Everybody at Fox -- and they are amazing... we're family."

A GoFundMe page has been taking donations for Colleen Henry's recovery.