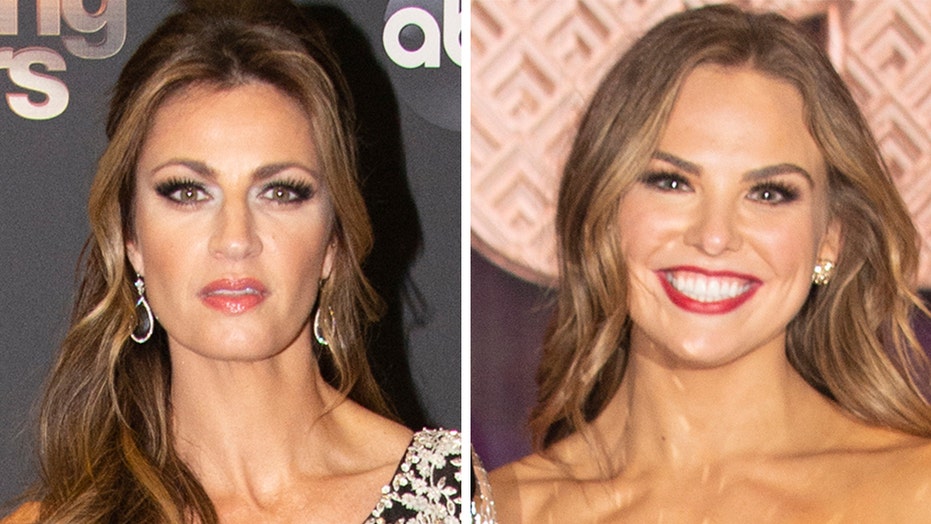 Erin Andrews is not here for the haters.

After the "Bachelorette’s" Hannah Brown and her professional dance partner, Alan Bersten, were crowned the "Dancing with the Stars" Season 28 winners on Monday evening, the Internet had a lot to say about Andrews' apparent reaction to the results.

According to People magazine, once it was revealed who would be getting the mirror ball trophy on the ABC reality dance competition, a camera captured Andrews standing with an expressionless face.

'DANCING WITH THE STARS' CROWNS ITS SEASON 28 CHAMPIONS

Echoed another social media user: "Can Erin Andrews facial expressions be any more obvious? Shouldn't she at least appear unbiased? Not sure who she wanted to win, but at least she could pretend to be happier for the winner no matter who it is. #dwtsfinale #DWTS."

"Disappointed in Erin Andrews’ lack of professionalism when Hannah and Alan were announced as winners. I tried not to think much of it as I was watching bc it was all so quick, but reading that others noticed it, too, confirms her lack of respect for the winners. #DWTS," said one individual.

The myriad tweets caught Andrews' attention, with the 41-year-old host responding to one social media user who wrote: "ooooo @ErinAndrews looked less than impressed with the outcome of #DWTS."

Hannah Brown and Alan Bersten are the winners of Season 28 of 'Dancing with the Stars.' (ABC)

"Give me a break," Andrews shot back. "YOU CAN’T WIN IN THIS SITUATION. I’m standing next to the couple that just got second place. And if I had cheered, you’d be killing me for going against the Kel, Lauren, and Ally. Not that serious people!"

Andrews, along with co-host Tom Bergeron, announced Alaina had won fourth place and Brooke had won third place in the remaining minutes of the show. Mitchell was runner-up.

All four final contestants, in addition to season favorites Kate Flannery and Sailor Brinkley-Cook, will join the coming "Dancing with the Stars" tour.