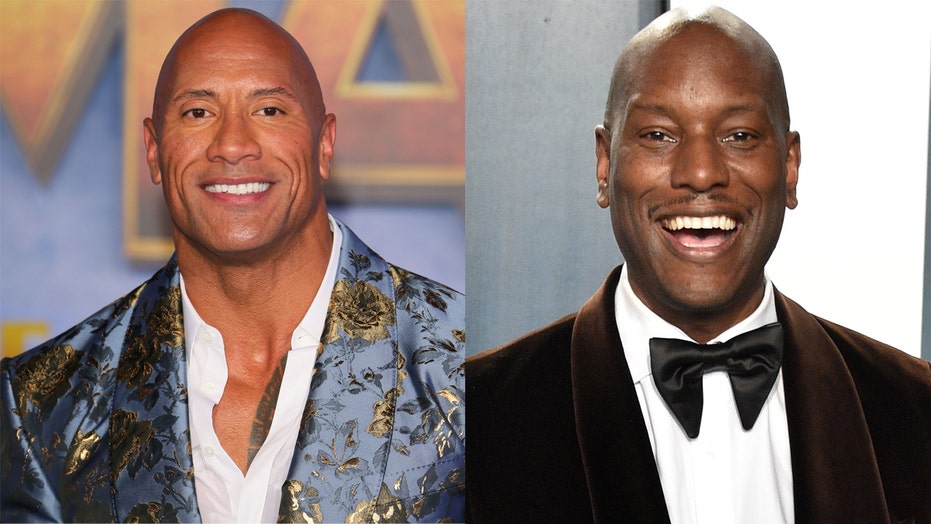 Tyrese Gibson is opening up about his feud with Dwayne "The Rock" Johnson.

A beef developed between the two "Fast and Furious" franchise stars a few years ago when Gibson, now 41, voiced his displeasure at Johnson's character receiving a spin-off from the popular automobile-themed franchise in "Hobbs & Shaw."

"Congratulations to The Rock and your brother in law aka 7 Bucks producing partner for making The Fast and the Furious franchise about YOU," the singer tweeted in 2017, per CinemaBlend. "And like you, DJ even if they call I will not be deleting this post - Gn folks see you in 2020 April #FastFamily right? Nah... it's about #TeamDewayne. 3 yrs will it be worth the wait? #NoShaw just Hobbs will this be another #BayWatch?"

Johnson was also engaged in a feud with another "Fast" co-star: Vin Diesel, which may or may not have played a part in the tension between Johnson and Gibson.

These days, however, things between the "One Night" singer and the "Jumanji" star, 48, have simmered down.

During a virtual appearance on "Stir Crazy with Josh Horowitz," Gibson opened up about where the feud stands today.

"Me and 'The Rock' peaced up, by the way," he revealed. "We talked for like four hours about three weeks ago."

The "Fast" films center on family, which lends itself to the theory that the ensemble cast may have been upset with Johnson stepping into the spotlight for his own spin-off with Jason Statham.

It's rumored that the lower-than-expected performance of 2017's "The Fate of the Furious" led producers to push for "Hobbs & Shaw" to be produced, pushing the ninth film in the franchise -- one for which the whole cast would receive a paycheck -- back to 2020. The film's release has been delayed again to May of 2021 in response to the coronavirus pandemic.

Dwayne 'The Rock' Johnson (left) and Tyrese Gibson (right) have been entangled in a feud for a handful of years, but Gibson said they recently laid it to rest. (Getty Images)

"What's interesting about the 'Fast and the Furious' is: It's not about any of us individually," he said. "We're like the UN at this point. Everyone gets to go to the theater and say 'he and she looks like me.'"

"I just could not make it about me," he said of a potential spin-off for his character. "That's been really strange."

"Hobbs & Shaw" is the first and only spin-off of the franchise so far. Many other big stars have appeared in the films, including Michelle Rodriguez, Ludacris and the late Paul Walker.