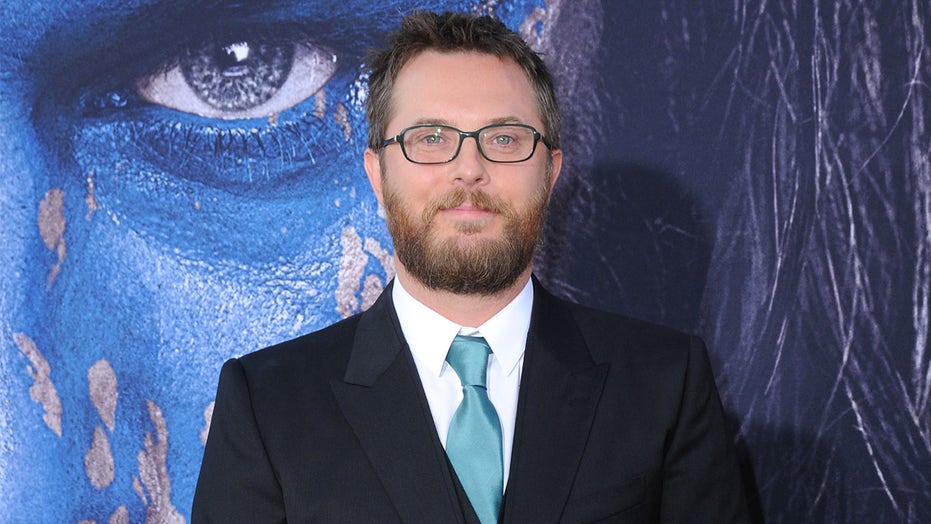 EXCLUSIVE: Duncan Jones is feeling excited about the future these days.

The celebrated British filmmaker recently collaborated with writer Alex de Campi on the highly anticipated graphic novel, titled "Madi: Once Upon a Time in the Future." It is the third chapter in the award-winning "Moon" trilogy.

"It’s been very exciting for us to try and put something out there that will maybe give people an opportunity to have that big summer action blockbuster that they’ve been missing for the past year as a graphic novel," the 49-year-old told Fox News.

"It’s been such a strange year, and such a strange time making this," he explained. "Because we’ve been making this before COVID, so it actually worked out very well for us. You know, my wife is immunocompromised, and I’ve been having to work from home. And this is one of the few jobs that I’ve been able to do from home."

ACTRESS SARAH CULBERSON DISCOVERS SHE'S A PRINCESS WHILE SEARCHING FOR BIRTH PARENTS: 'IT WAS OVERWHELMING'

Jones agreed that the project was a cathartic experience for him.

In 2012, he and his wife, Rodene Ronquillo, tied the knot after the photographer discovered she had a lump in her breast. Doctors determined Ronquillo had stage 2 breast cancer after doing a biopsy, the New York Daily News reported. At the time, Jones said Ronquillo was put on a "fast track" to chemotherapy.

Then in 2016, Jones’ father David Bowie passed away at age 69 after a battle with cancer. A month after the legendary singer’s death, Jones announced that Ronquillo was pregnant, People magazine reported.

In June of that year, Jones had to promote his latest film, a video-game adaption of "Warcraft." In July, his son Stenton David Jones was born on the six-month anniversary of Bowie’s death, People shared.

"It’s been really important to me," Jones reflected on the making of "Madi." "I think I’ve only really started to have had the chance to process it now that we’re kind of at the tail end of it and that we’re doing the promotion of this thing, that we’re also proud of. COVID has been hard on a lot of people. We’ve been very fortunate we’re in a safe place. My family is safe."

"But as an artist, as someone who really lives to work a lot of the time, having this and being able to do this over the past year has meant the world to me," he shared. "And having the chance to work with Alex who’s… a hugely respected person in this field when it’s the first time I’ve had the chance to make a comic… has been incredible and an incredible education for me as well."

Before "Madi" was released, Jones and de Campi launched a Kickstarter to fund the project. In under two weeks, it raised over $275,000, making it one of the most successful comics Kickstarter campaigns in history.

The Kickstarter for 'Madi' raised more than $270,000 - making it one of the most successful comics Kickstarter campaigns in history. (z2comics)

The graphic novel, which is 260 pages, features several renowned artists, including Glenn Fabry, Simon Bisley, Duncan Fegredo and Pia Guerra, among others.

"We took to it to Kickstarter because we felt there was a gap in the market," de Campi told Fox News. "Duncan and I are also very close with our fans. We were very engaged on social media."

"So we wanted to go directly to the fans," she shared. "We felt there are folks on Kickstarter who love to back projects. We also felt we would hit a lot of sci-fi and film fans that don’t necessarily regularly go to comic shops but do enjoy graphic novels. There are a lot of people out there who buy one or two graphic novels a year. And those are the people we wanted to hit on the Kickstarter."

"We love comic stores," Jones chimed. "We love bookstores. But at the timing of this, it really was Kickstarter or bust. And it’s worked out in our favor… Now we can let [bookstores] know we’ve got this book, we’re going to do special things for you whenever we can."

"Comics is always a collaborative art, but every collaboration is different and you have to get to know the people you’re working with," she explained. "What surprised me the most about Duncan was his willingness. If I said, ‘Hey, what do you think of this?’ Or, ‘Can we change this element?’" He was very much, ‘Yes, let’s try that.' And it was that wonderful attitude that made the overall story better because it took all of our good ideas, and some of the artists’ good ideas, and brought them forward. Sometimes people are a lot more didactic and, ‘Oh no, it must be exactly as I say.’ Duncan was much more, ‘I just want the best idea.’"

Back in May 2016, Jones spoke about how Bowie inspired him to make movies.

Duncan Jones has been yearning to work on 'Madi' for a long time. (z2comics)

"My dad was obviously prolific in music, but he also acted and I think I had the most fun when we were on film sets... I think I got the (directing) bug back then," Jones said, as quoted by The Associated Press. "Because the musical gene did not express itself in the way one might have hoped, my main hobby with my dad was shooting little one-stop animations and I just always carried that interest in film."

The director said his dad also taught him to trust his creative instincts.

"I think as much on the creativity level — his bravery and willingness to try stuff that other people weren’t expecting," Jones said. "I did two science-fiction films and then jumped into a video game movie, and now I’m going to go from this behemoth to another tiny, little indie. So just doing what feels right at the moment on a creative level is certainly something I got from him."

"Madi: Once Upon a Time in the Future" is available on ​z2comics​. The Associated Press contributed to this report.