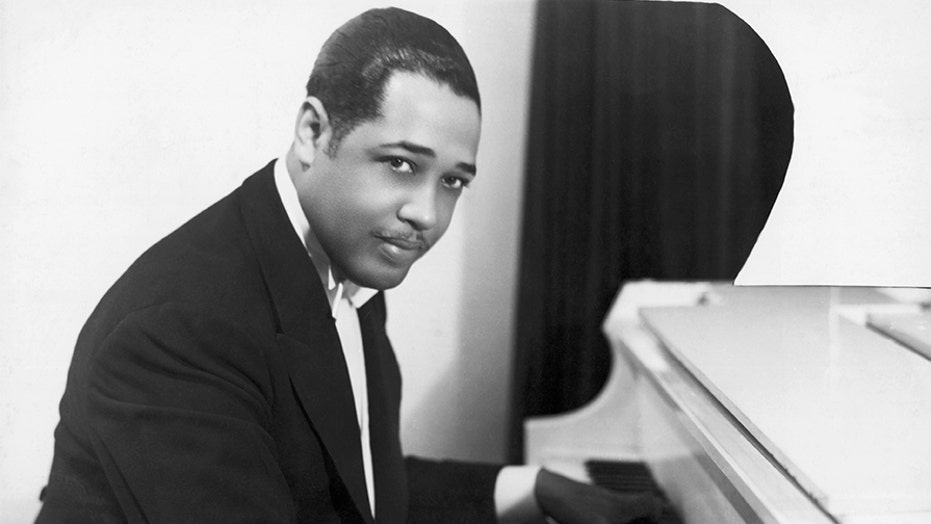 Mercedes Ellington has always known her grandfather was different.

The world-renowned dancer can still vividly recall heading to New York City’s Apollo Theater alongside her grandmother to watch her grandfather, Duke Ellington, perform on stage.

“I would sit there mesmerized,” the 71-year-old told Fox News. “I was fascinated by the band. And then I would go backstage and there were the wives of the band members who would bring fried chicken. And then at the end of the night, we would go to Frank’s steakhouse and have a big banquet. It was always filled with music and fun.”

The iconic jazz composer and bandleader passed away in 1974 at age 75. For the month of June, Turner Classic Movies (TCM) is revisiting the legacy of jazz music and its lasting influence on Hollywood by featuring influential films every Monday and Thursday of the month.

The network kicked off the special programming with 1959’s “Anatomy of a Murder,” which starred James Stewart and Lee Remick. Duke and fellow jazz great Billy Strayhorn composed the score, which was played by Duke’s orchestra.

The courtroom drama is considered the first major Hollywood film to be given over to a jazz musician for its score, and the first to use an African American composer for that purpose. Duke’s soundtrack album went on to win a Grammy award.

On June 4th, TCM will showcase the 1943 musical “Cabin in the Sky,” which Duke contributed to. The 1943 film “Stormy Weather” also highlights a jazzy score written by Duke and other celebrated artists.

Ellington said her grandfather was always eager to share his message through song.

“He was so prolific with almost 3,000 compositions,” she explained. “He would write anything. He would even write compositions as a thank-you for countries who invited him to play. Anything he had to say could be heard in his music.

“He was very quiet about any political statements or any political situations that occurred,” she continued. “Even with his description of jazz. He referred to it as American music because it had been born and raised in America. And it was played by many people around the world. But he felt that America was responsible for the creation of the music called jazz.”

‘M*A*S*H’ STAR ALAN ALDA RECALLS BATTLING POLIO AS CHILD, JOKES PARENTS ‘HAD TO TORTURE ME THEMSELVES’

The star, who was born Edward Kennedy Ellington, was given his nickname by an admiring neighborhood friend he was just 8 years old, the New York Times reported. While he was offered a scholarship for art, he turned it down and immersed himself in music. By the time he was 20, Duke was earning $150 a week playing with his modest band at parties and dances.

According to the outlet, when Duke’s band expanded to 10 men, Harlem’s Cotton Club came calling with a need for a new orchestra. A nightly radio broadcast heard across the country would make Duke a household name. In 1930, the Ellington band appeared in the film “Check and Double Check.” During the ‘30s, the band would go on to appear in several films.

As a composer, he wrote more than 6,000 pieces of varying length in his lifetime, the outlet shared. In 1969, President Nixon awarded Duke the Presidential Medal of Freedom, among the numerous honors he received around the world.

During his final years, Duke tirelessly continued to compose, perform and travel. The outlet noted there was scarcely a day in his life when he did not compose something.

“Music is my mistress,” he once wrote. “And she plays second fiddle to no one.”

Ellington said she’s grateful to have witnessed her grandfather’s passion for music over the years and how it continued to impact other stars.

“I always tell the story about our trip to Russia in 1971,” she recalled. “It was part of a series of state department tours… A promoter friend of my grandfather named Phoebe Jacobs knew that he always had a glass of Coca-Cola on the piano and he would put sugar in it to refresh himself during the set. And so she called up the Coca-Cola company to see if they would send cartons with us to Russia. She never got an answer. But she knew that Joan Crawford, who was married to the president of Pepsi, was a big Ellington fan. Crawford happily arranged to have cartons of Pepsi Cola sent to Russia. Pepsi Cola became the first American soft drink in Russia.”

Ellington insisted that her grandfather’s willingness to perform on stage lasted until his death.

The Duke Ellington Orchestra performs 'Take the A Train' with singer Bette Roche in the film Reveille with Beverly, released January 1943. (Getty)

“People would ask him, ‘When are you going to retire?’” she said. “He would answer, ‘Retire to what?’ … He knew that for the last two years, he had cancer. So he was doing everything he could during those last two years. Nothing was too outlandish. He didn’t want to follow a leader and he didn’t want to settle. He believed there’s nothing to follow, except your own inclinations. That urgency never left him.

“He always felt it was important to get as much knowledge as you could about the structure of music,” said Ellington. “He knew he was nothing without his orchestra. It was the orchestra who inspired him and vice versa. There was mutual energy. That is how he became so prolific. He didn’t want to be restricted by names and labels. He wanted to be beyond a category. He wanted to create.”

KATHARINE HEPBURN ENJOYED HER SECLUSION AWAY FROM HOLLYWOOD, CHILDHOOD PAL SAYS: ‘SHE WAS JUST ONE OF US’

Ellington said Duke went on to share that wisdom with his pal Tony Bennett.

“He told Tony Bennett that everybody should do at least two things you can succeed in even if they may not be related,” said Ellington. “So she encouraged Tony Bennett to go into his painting. And he did. Now Tony Bennett is a successful painter and a very successful vocalist.”

When it came time for Ellington to pursue dance, she said her grandfather had no qualms giving his granddaughter some much-needed advice.

“Once he found out that I wanted to be a dancer, he advised me to go to Europe,” she said. “He said, ‘Because that is the only place where you will be accepted as an equal and be able to pursue your career without any restrictions.’ He knew that people of color in America did not have the same chances and opportunities. Even in the theater world, you had to go to Europe He cited Josephine Baker. I mean, look at her career. She was not famous in the states. She had to go to Europe where she was accepted as a dancer, not for her skin color. That’s one of the things he told me to do.”

Ellington hopes that her grandfather’s music will continue to be celebrated by both longtime fans, as well as curious new listeners alike.

“His music lasted in Hollywood because it’s timeless,” she said. “Music gave him a certain amount of freedom. He didn’t feel constricted by rules or regulations. And that is very significant because he was a person of color. He always had this optimistic view that he could succeed at anything.”