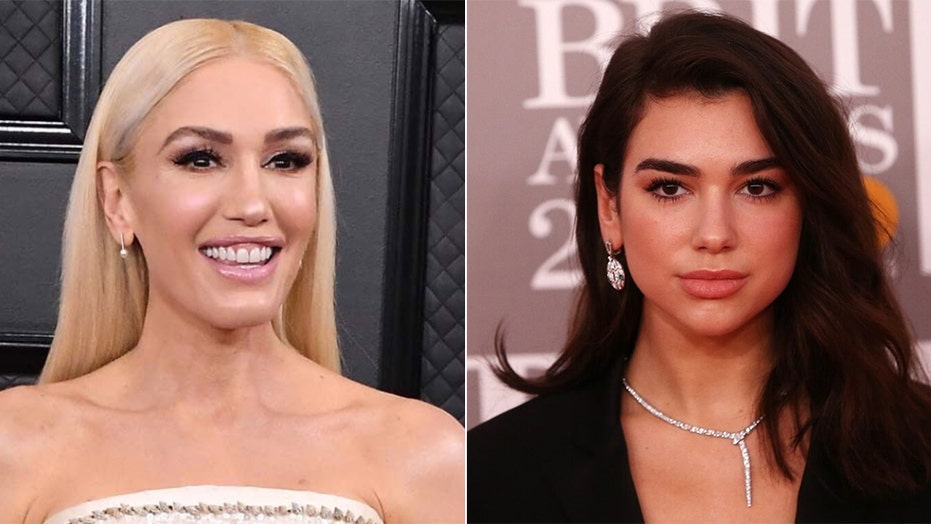 Gwen Stefani may be in love with Blake Shelton, but she isn’t ready to call him her “husband” just yet.

Dua Lipa mistakenly referred to Shelton, 44, as Stefani’s “husband” while guest-hosting “Jimmy Kimmy Live” on Monday and things got awkward.

“So I heard that you've been spending quarantine with your husband Blake Shelton at the ranch in Oklahoma," Lipa, 24, said to Stefani, 50.

She continued: "Who else was with you? How was that?"

Stefani giggled in response and said, “Well, he's not my husband, but that sounded cool when you said it.”

“Oh,” Lipa said before bowing her head with nervous laughter.

Stefani eventually went into detail about quarantining at Shelton’s ranch with her three sons, whom she shares with her ex-husband Gavin Rossdale.

“We were actually on his tour right when we got shut down,” the “Hollaback Girl” singer explained. “My brother was out with us so his whole family came out.”

She added: “It was me, my three boys, Blake, my brother, his wife and their two little babies, her sister and then a friend. I think we had, like, 15 people. It was really, actually, a lot of fun at first. All the sudden work is over and you just get to indulge on being on this ranch.”

Lipa and Stefani recently collaborated for the remix of the British singer’s song “Physical,” which will debut on the upcoming “Club Future Nostalgia: The Remix” album on Aug. 28.

Despite Stefani’s statements about Shelton not being her husband, a source recently told Us Weekly the couple is “keen” to get married “as soon as possible.”

According to the outlet's insider, the pair was first leaning toward a summer wedding but because of the coronavirus pandemic are pushing it back to the fall.

Another source said that Stefani and Shelton also want two ceremonies: one in Oklahoma and another in Los Angeles, Calif.

“Oklahoma gives the couple more privacy and the possibilities are endless for a wedding reception people will talk about for years,” the source said.

“COVID-19 has turned their world upside down, as it has with so many families,” an insider explained to the outlet in June. “Gwen knows she is blessed and wants to have the wedding as soon as social distancing guidelines are lifted.”

Stefani and Shelton met in 2014 while coaches on “The Voice.” One year later they made their relationship official after finalizing their divorces with Rossdale, 54, and Miranda Lambert, respectively.