Drew Barrymore and Courtney Love's crazy night out: 'My face is a backstage pass' 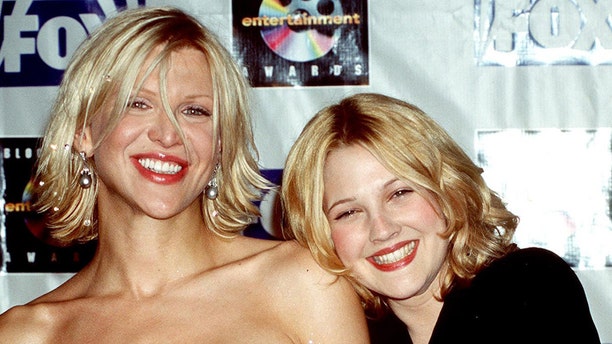 On Wednesday's "Watch What Happens Live with Andy Cohen," Drew Barrymore, Love's longtime friend, was asked to tell a crazy story about the Hole front woman, and she happily obliged with a hilarious tale.

“Courtney and I were at the backstage of a Seattle club. We’d just come from seeing Green Day,” she recalled. “We were going to see Beck play at coffee house and the bouncer said, ‘I’m sorry, you can’t come in, you don’t have a backstage pass.’”

Drew Barrymore Goofs Off With Daughters Olive and Frankie After Press Tour: Pic!

Naturally, Love didn’t take too kindly to being turned down.

“Courtney looked at him and goes, ‘My face is a backstage pass.’ And then swept him aside and just walked in and I was still left there standing,” Barrymore continued.

The "Santa Clarita Diet" star also opened up about her time working with Carrie Fisher, who worked on the script of the 1998 classic The Wedding Singer, which starred Barrymore.

“I loved going to her house,” she said of the late actress-writer. “It was like a hacienda type of like beautiful home off of Coldwater Canyon, very Los Angeles. She just had a very open home. I’d been there for parties, her office in the daytime. It was classic, Spanish, California – sunshine, orange groves and creativity.”

The 43-year-old actress also noted that she went to Fisher and Penny Marshall’s joint birthday parties.

“I’m proud to say I came and went because I feel like a lot of people stayed. I remember Garry Shandling being weird in the driveway. And I was like, ‘I’m so glad I’m going home! I’m so glad I’m surviving these kind of nights,’” she said of the wild parties.