Don McLean has sliced one of his kids out of his will.

The "American Pie" singer, 75, revealed that he cut off his daughter, Jackie McLean, financially after she gave a tell-all interview accusing him of mental and emotional abuse.

"I stopped supporting my daughter last year," Don told the Daily Mail Thursday. "I have a son [Wyatt], you know, who grew up the same way, who thinks I’m a great father and who has none of these complaints. But I said to my daughter, ‘If you speak out about me and trash me, I’m going to disinherit you.'"

When Jackie, 31, did just that in June, telling Rolling Stone that "there was a constant state of fear" in their house growing up, Don told her she could say goodbye to his fortune. 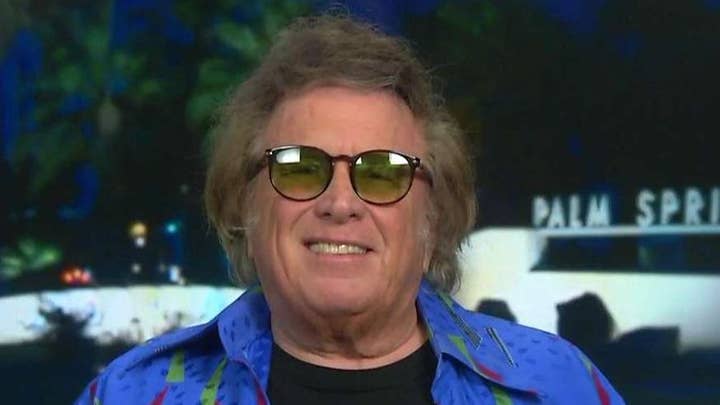 "She’s been automatically disinherited — that’s almost a $3 million trust fund that went down the tubes," he told the British newspaper. "I’ve always supported my daughter — $30,000, $40,000, $50,000 a year, doubling her husband’s salary. I wanted to make sure the grandkids had everything they wanted."

During her interview in June, Jackie, who is a singer for indie rock duo Roan Yellowthorn, alleged her dad would "turn into a crazy person" over the slightest things when she was a child.

"If somebody moved an item in the house and he didn’t know where it was, then he would go on a rampage for hours," she claimed to Rolling Stone. "And everyone was just constantly on edge because it was chaos."

Don vehemently denied Jackie’s accusations, claiming he had been a loving father who always supported his daughter — until he cut her off.

Jackie’s mother, Patrisha McLean, was Don’s second wife. They were married from 1987 to 2016 and also share son Wyatt.

The exes’ marriage imploded when Don was arrested and charged with misdemeanor domestic violence. He pleaded guilty to four of six charges as part of a plea agreement and did not receive any jail time.

In her police statement, Patrisha claimed: "Don terrorized me for four hours until the 911 call that I think might have saved my life. He was scaring me with the intensity of his rage and the craziness in his eyes."

Don has now claimed to the Daily Mail that he "endured physical attacks" from Patrisha and left their marriage because he wanted "to do something else with this last chapter" of his life.

Patrisha denied the latest allegations, telling the paper, "This is coercion. This is what domestic abusers do."

Don gloated that Dylan "loves to wear a bikini, but I think she’s the greatest pin-up girl in America, and I tell her that all the time.

"Of course, it drives my ex-wife and my daughter bananas, but I don’t care because they don’t care about me."

Page Six has reached out to a rep for Jackie at her record label for comment.