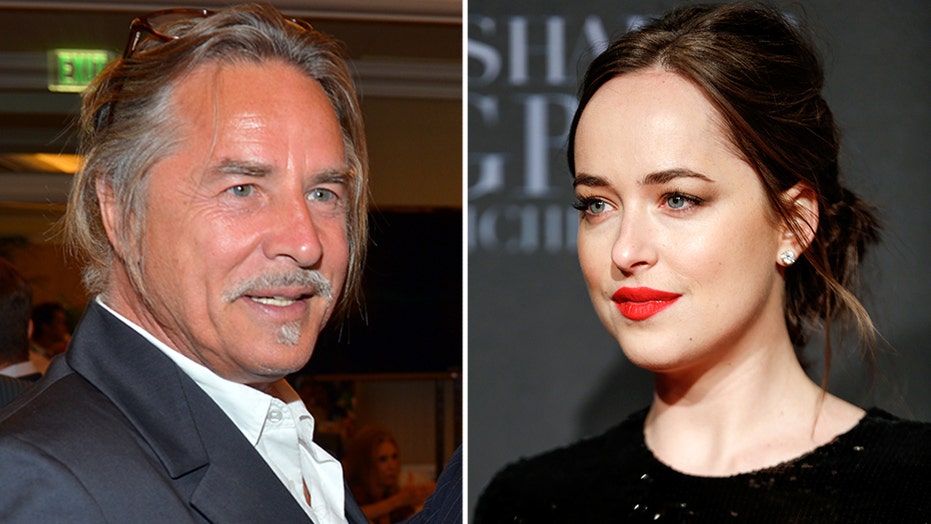 Don Johnson is not afraid to lay down the law in his household.

The "Miami Vice" star, 71, appeared on "Late Night with Seth Meyers" on Tuesday where he touched upon daughter Dakota’s success in the film industry, why she was cut off from the family payroll after high school and if she ever asks for career advice.

"Towards the end of high school, I went to her and I said, 'So, do you want to go visit some colleges?' Or something like that. And she was like, 'Oh, no. I'm not going to college.'"

When Johnson pressed his now-31-year-old daughter about how she was "going to manage" financially, Dakota swiftly responded, "Don’t you worry about it."

Johnson then noted, "Three weeks later, she had nailed down that part in David Fincher's The Social Network," alongside Jesse Eisenberg, Andrew Garfield and Justin Timberlake.

"The rest is, shall we say, cinema history," Johnson added.

Following the 2010 flick, Dakota went on to have a successful career in the film industry, with starring roles in "Fifty Shades of Grey," "Suspiria" and "The Peanut Butter Falcon."

"She doesn't really call me for advice," Johnson revealed. "She calls me to say, 'Gosh, I would see you, but I've got three pictures I'm shooting at the same time.'"

Don Johnson revealed that Dakota not wanting to go to college led to her getting cut from the family payroll. (Getty Images)

Johnson, who now stars in NBC's "Kenan" alongside "Saturday Night Live" star and titular character Kenan Thompson, also spoke on his current role and revealed that it was "a risk" diving into the show.

"Let’s just face it, it’s not what you would immediately expect Don Johnson to be doing," the actor said. "And it was a little bit of a risk, you know — me coming in and taking on this kind of a part and stuff."

Johnson had a wealth of praise for his leading co-star in Thompson as well.

"Frankly, Kenan is such a pro that he just — he basically catches me and says, ‘Oh no, you good’ — you know, props me back up and says ‘Keep it going.’"

"I think I’ve actually developed a kind of a thing here, you know?" Johnson happily reflected. "It’s joyful, joyful, joyful to come into work every day and we laugh. And somehow, I got Kenan’s funny bone."