Did 'Modern Family' star Sarah Hyland have a nip slip ahead of the 2019 Golden Globes? 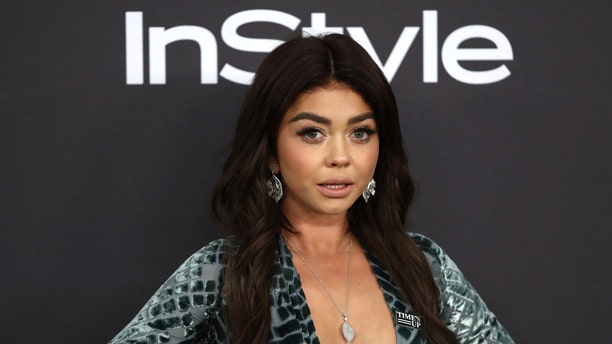 Sarah Hyland was one of the many celebrities to attend the 2019 Golden Globes Sunday evening.

Rocking a low-cut long-sleeved dress paired with strappy silver heels, the "Modern Family" star made her way through the Beverly Hilton hitting up several after parties including HBO's soiree, as well as the InStyle and Warner Bros. event with her boyfriend Wells Adams.

However, as first pointed out by Us Weekly, it seems as if Hyland might have shared a little more than she intended to in the hours leading up to the parties.

In one of her Instagram Story photos, the star — who is seen happily posing next to Adams — appears from the camera's angle to have suffered a nip slip. 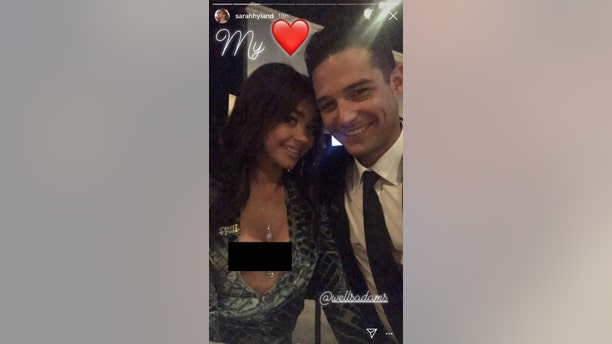 One social media user also tweeted about Hyland's low-cut look while she was giving an interview on the HBO red carpet.

"Ummm... unfortunate angle! It looks like the star from the Access microphone is a censor covering a nip slip! @Sarah_Hyland #ROTFL," the person wrote.

Despite her accidental wardrobe malfunction, the 28-year-old actress appeared to have a blast at Hollywood's prom, sharing photos throughout the night on her social media.