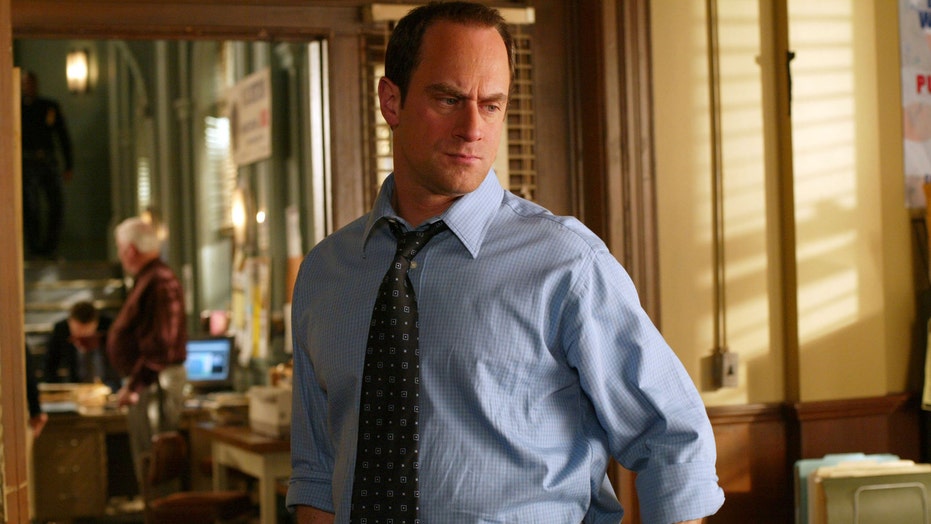 On Monday night Gore, who worked on the upcoming Christopher Meloni-led "Law & Order" spinoff series, wrote in a now-deleted Facebook post, “Sunset is being looted two blocks from me. You think I won’t light mother——s up who are trying to f— [with] my property I worked all my life for? Think again…”

He also posted a photo of himself holding a large weapon.

“I will not tolerate this conduct, especially during our hour of national grief. I am terminating Craig Gore immediately,” Wolf told Fox News in a statement on Tuesday.

Meloni also responded to the photo after it was pointed out by a fan on Twitter.

"Truth: Matt Olmstead is my Showrunner/ I have gotten no word on ANY hirings/ I have no idea who this person is or what they do," the actor wrote.

The upcoming NBC crime drama marks the return of Meloni as Detective Elliot Stabler, the character he previously played on “SVU” until its 12th season.

Gore's post comes as thousands of demonstrators are taking to the streets across the nation every day to protest the death of George Floyd.

Floyd was a 46-year-old black man who died in police custody after a white Minneapolis officer responding to a call, placed his knee on Floyd's neck. In a now-viral video, Floyd can be heard telling the cop, "I can't breathe."

Police stand in formation at the entrance to Fremont Street Experience Monday, June 1, 2020, in downtown Las Vegas. Police were present for a community protest over the death of George Floyd, a Minneapolis man who died in police custody on Memorial Day. (AP Photo/Ronda Churchill)

The four officers involved in the incident have been fired, and Derek Chauvin, the officer who had his knee on Floyd's neck, has also been arrested and charged with third-degree murder and second-degree manslaughter.

The incident originally sparked peaceful protests, but many have turned violent amid clashes between demonstrators and law enforcement. Curfews have been implemented in cities throughout the U.S, with the National Guard being called in amid fires, vandalism and looting.

An attorney for Gore did not immediately respond to Fox News' request for comment.