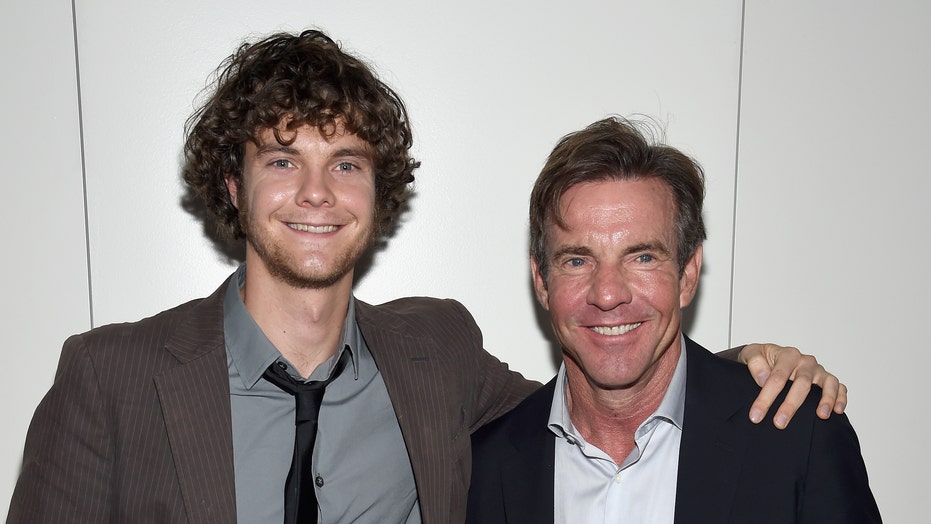 Despite his famous parents, Jack Quaid, whose father is actor Dennis Quaid, refused to accept his help when trying to break into Hollywood.

Dennis, 66, revealed that Jack, 28, told him he didn't want his dad to influence him getting an agent or being cast in roles. Jack's mom also happens to be Oscar-winner Meg Ryan, 58, from Dennis's 10-year marriage to the actress. They split in 2001.

"My agent wanted to represent him and he said no I want to do it on my own," Dennis told Kelly Clarkson on her daytime talk show.

"And then, of course, he gets an agent on his own and his first movie is 'Hunger Games.' Then he gets in [Martin] Scorsese’s 'Vinyl' on television, which was the hottest show there was. Now he’s doing 'The Boys', which is the hottest thing on streaming. It’s a great show," the proud papa continued.

Dennis joked, "So I’m saying like, 'Hey, how 'bout a little help over here?' I don’t care. Even more than an actor, he’s really turned out to be a really fine man."

The "Parent Trap" star revealed that he always knew Jack would become an actor.

"He had a video camera in his hand when he was like four years old, making little videos and stuff," Dennis described. "It was just a very natural thing that he did, it wasn’t something we pushed him towards. Ever since he was a kid, it was kinda obvious that he was gonna do that. He went through high school drama and stuff."

At the 2019 Television Critics Association Winter Press Tour, Jack told reporters in a press conference that he really didn't understand how famous his parents were while growing up.

Dennis Quaid revealed that his son Jack Quaid told him he didn't want his dad to influence him getting an agent or being cast in roles.  (Dimitrios Kambouris/Getty Images)

"It didn't really hit me to be honest until they got divorced and I saw like a 'People' magazine [cover], like the two of them with the ripped graphic in between," Jack explained.

When asked if they ever gave him industry advice, Jack insisted they never really did.

"I don't think they ever gave me advice in terms of like, 'Here's what you do when you have this scene,'" Jack admitted. "I came to the conclusion on my own because I did 'A Midsummer Night's Dream' when I was in middle school. I was [Nick] Bottom, and I got my first laugh on stage, and I was like: 'That's it! Forever. This is it. I love this.'"

"So after that, I tried to pursue it as much as I could on my own," he continued. "But what was so great about growing up with them is that they would prove that it was possible, you know? Like these are two people who I love and respect so much who are doing this thing and getting paid for it, and basically just getting paid for doing what they love."