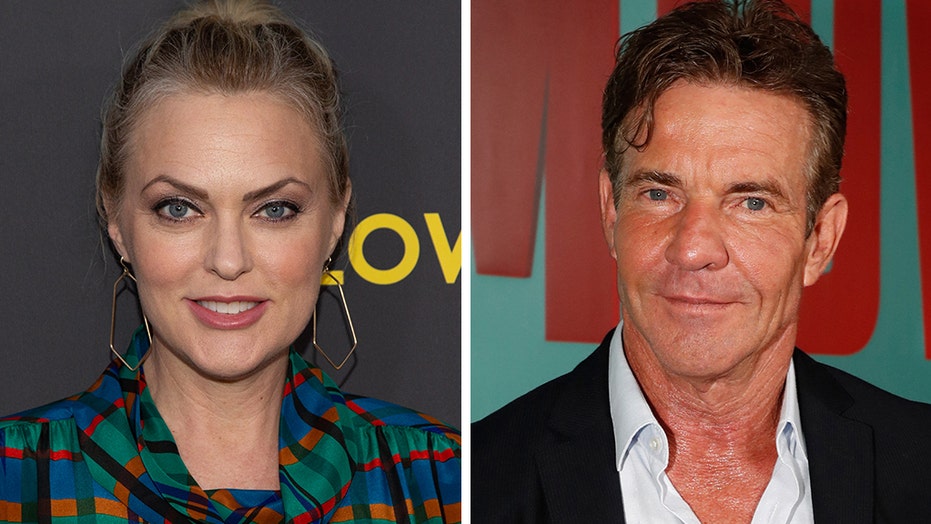 Following news that her former "Parent Trap" co-star Dennis Quaid is engaged, Elaine Hendrix couldn't help but congratulate the actor -- but with a twist.

Quaid, 65, confirmed to Extra over the weekend that he proposed to girlfriend Laura Savoie, 26, after several months of dating.

In response to an article about the engagement, Hendrix, 48, jokingly tweeted: "Watch out for those twins."

In the 1998 film, Hendrix stars as Meredith Blake, who gets engaged to Nick Parker (Quaid). Parker is dad to twins -- Hallie and Annie (played by Lindsay Lohan) -- whom he shares with ex-wife, Elizabeth James (played by the late Natasha Richardson).

The movie follows the twins, who were separated at birth, as they create a grand plan for a way to get their dad and mom back together.

Of his real-life engagement, Quaid gushed to Extra about the "spontaneous" moment.

“It has been kind of a month-and-a-half plan — I wanted it to be private," he noted.

Dennis Quaid and fiancee Laura Savoie arrive at the "Midway" Special Screening at Joint Base Pearl Harbor-Hickam on October 20, 2019 in Honolulu, Hawaii. (Photo by Marco Garcia/Getty Images for Lionsgate Entertainment)

The Sharks singer revealed he waited for the perfect sunset while the pair were visiting Turtle Bay in Oahu to pop the question.