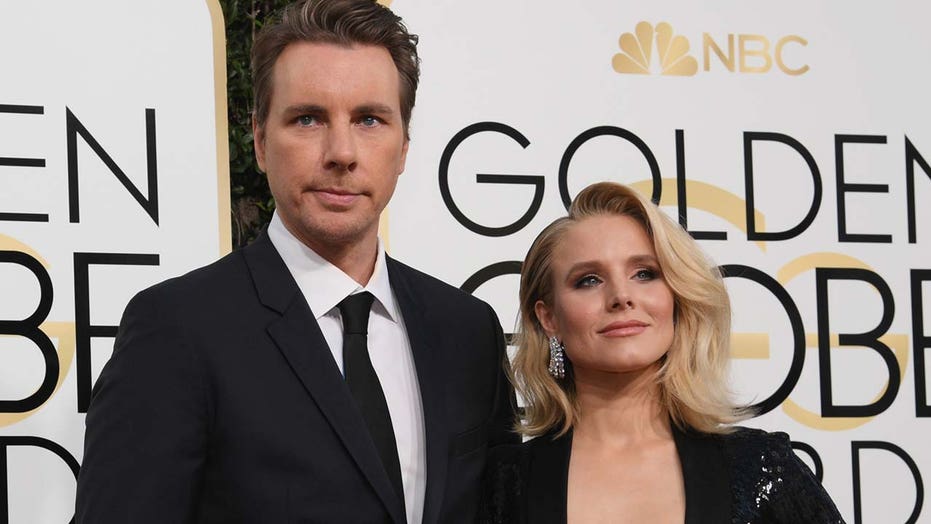 Dax Shepard had a unique way of celebrating Mother’s Day.

The 46-year-old actor took to Instagram on Sunday to honor his wife, Kristen Bell, with whom, he shares two children: Lincoln, 8, and Delta, 6.

In the heartfelt post, Shepard shared a picture of Bell, 40, striking what appears to be a yoga pose outdoors nearly nude. The only thing that the "Good Place" actress wore was a pair of blue, thigh-high socks.

The star’s bare bottom was censored with a red block.

KRISTEN BELL REVEALS SHE, DAX SHEPARD KEEP DRUG TESTS AT HOME, CAN TEST 'WHENEVER' AFTER RELAPSE

"Mom’ing has changed since I was a kid...and I’m here for it," Shepard began in the caption. "Look at this specimen: kind, patient, nurturing, hilarious, Uber talented, generous, hard AND soft. My girls and I hit the MegaMom Lottery in spectacular fashion."

He concluded: "We are so grateful and so in love with you."

Fans seemed to love the post, as they expressed in the comments.

"This post is truly the best! I was just talking about naked yoga the other day," wrote a follower. "I know I don’t know you guys personally (I wish I did) but this is beautiful, empowering and a straight up cute post!"

"Lol love the fashion piece," said another. "The socks really bring the whole outfit together."

A third added: "Wow what a great way to get a tan a workout and look good doing it all at the same time."

In typical fashion, Bell had a hilarious post of her own to celebrate the special day.

In a picture posted to Instagram, a fresh-faced and makeup free Bell posed next to a life-size puppet of a wrinkled woman with blonde hair that could have easily been modeled after her own mother.

Dax Shepard and Kristen Bell have been married since 2016. (Photo by Kevork Djansezian/NBCU Photo Bank/NBCUniversal via Getty Images)

"Happy mothers day to each and every kind of anyone who holds and uses that magnificent mama energy," she wrote. "The world turns because of you all."

She also shared a touching video compilation of several celebrities wishing a happy Mother’s Day to women who mother in various ways, including fostering children and those that wish to have children but cannot.

Troian Bellisario, Sarah Wright, and Shay Mitchell are among the stars to appear in the video, which Bell captioned with a string of various flower emojis.