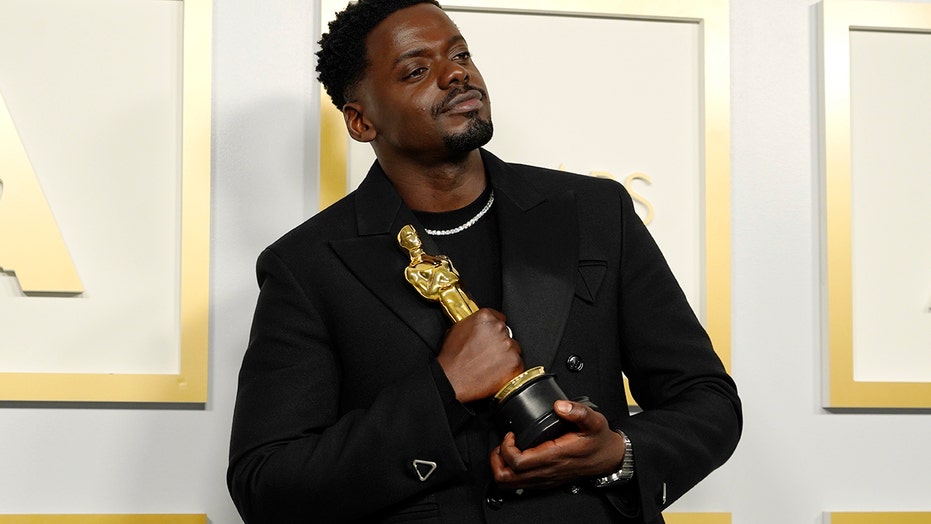 Daniel Kaluuya took home the 2021 Oscar for best supporting actor and received an abundance of laughs from audience members for what he said during his acceptance speech.

"I'd like to thank my mom. Thank you so much for pouring into me. You gave me everything, you gave me your factory settings so I could stand at my fullest height," Kaluuya quipped at the beginning of his speech which he gave while receiving the honor for playing the late Black Panther chairman Fred Hampton in "Judas and the Black Messiah."

"We gotta celebrate, we gotta celebrate life," he said during his speech, adding that he was certainly going to take the night to celebrate his win to the fullest extent possible. "We're breathing, we're walking. It's incredible. Like, my mom, my dad, they had sex — it's amazing! I'm here. I'm so happy to be alive and I'm gonna celebrate that tonight."

Kaluuya, 32, told reporters in the virtual press room backstage after his win that he was going to "avoid" using his cellphone for a while because he feared a text message from his mother, who was watching her son with Kaluuya’s sister back in the United Kingdom.

In this handout photo provided by A.M.P.A.S., Daniel Kaluuya accepts the Actor in a Supporting Role award for 'Judas and the Black Messiah' onstage during the 93rd Annual Academy Awards at Union Station on April 25, 2021, in Los Angeles, California. (Photo by Todd Wawrychuk/A.M.P.A.S. via Getty Images)

"No, no, no. I'm going to avoid my phone for a bit. Trust me, I’m going to hold my phone for a bit," the "Black Panther" star said when asked if his mother had texted him congratulations yet. "I think my mom's not going to be very happy," he continued through laughter, adding, "but she's going to be cool. She's got a sense of humor so we give it to each other. So it's cool."

The actor downplayed the off-the-cuff moment to reporters and said it "pretty obvious" we are all here because "our parents had sex."

"Is that going to live on? I think that's pretty obvious that all our parents had sex," said Kaluuya. "What's going on? That just came out of my mouth and my mom is probably going to text me some stuff, but here we are."

All jokes aside, Kaluuya ultimately said the win isn’t about him but everyone who had a hand in making the film.

Daniel Kaluuya, winner of Actor in a Supporting Role for 'Judas and the Black Messiah,' poses in the press room during the 93rd Annual Academy Awards at Union Station on April 25, 2021, in Los Angeles, Calif. (Photo by Chris Pizzello-Pool/Getty Images)

"I mean, this is a team effort," he said. "You know, we did this together, so I'm going to share this honor with every single member of the cast and crew."

This is the actor's second Oscar nomination and first win.