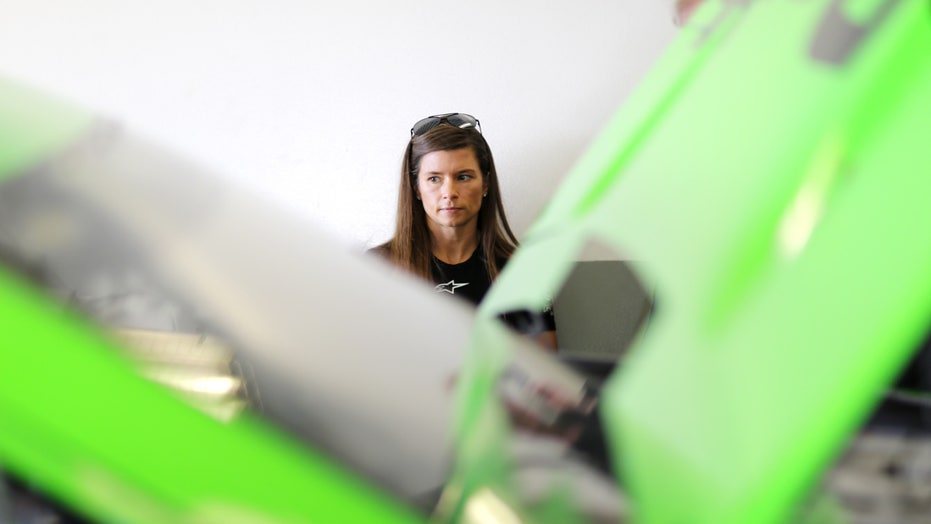 Former NASCAR driver Danica Patrick has hit the ground running since her retirement from racing. She tells Fox News about her latest collaboration with 'Beam,' a CBD health and wellness company, talks about the wine business, and explains what it means to really find inner self during coronavirus isolation.&nbsp;

Danica Patrick isn't letting any haters bring her down.

The 38-year-old former pro racer took to her Instagram Story on Sunday to share a screenshot of the comments on one of her recent Instagram posts, which included a message from a social media user claiming she has "a problem dating."

"At 38, its [sic.] over for you in the relationship world with high value men,” wrote the commenter. “From a failed marriage to failed dating clearly you have a problem dating.”

The note comes just a few weeks after Patrick's representatives confirmed to Fox News that she and Aaron Rodgers had broken up after two years of dating.

The athlete, who was previously married to physical therapist Paul Hospenthal from 2005 to 2013, didn't hold back in her response.

"If we let what one person thinks of us be our reality, we are doomed," she said, circling the comment. "Realize that what someone says to us has a lot more to do with their own wounds and reality than ours."

The star has been relatively vocal about her journey since the breakup, including recently sharing a pair of quotes on her Instagram Story regarding relationships.

One quote was from licensed marriage and family therapist Vienna Pharaon.

“Look at the chosen relationship in your life and notice any themes. What role do you play? Who are you with them? Who do you believe you need to be? What stories do you tell yourself about what they can offer you? What can they or can’t they handle?” the quote said.

“Listen to your body,” the former NASCAR driver captioned the post. “You know the saying ‘gut feeling’? I have found it speaks to me before the mind. I take it as an invitation to stop and look within. I journal and ask — what could be going on?”

Similarly, the athlete said she'd been engaging in an exercise class that she described as "emotional therapy through moving the body, breath, and acknowledging what comes up."