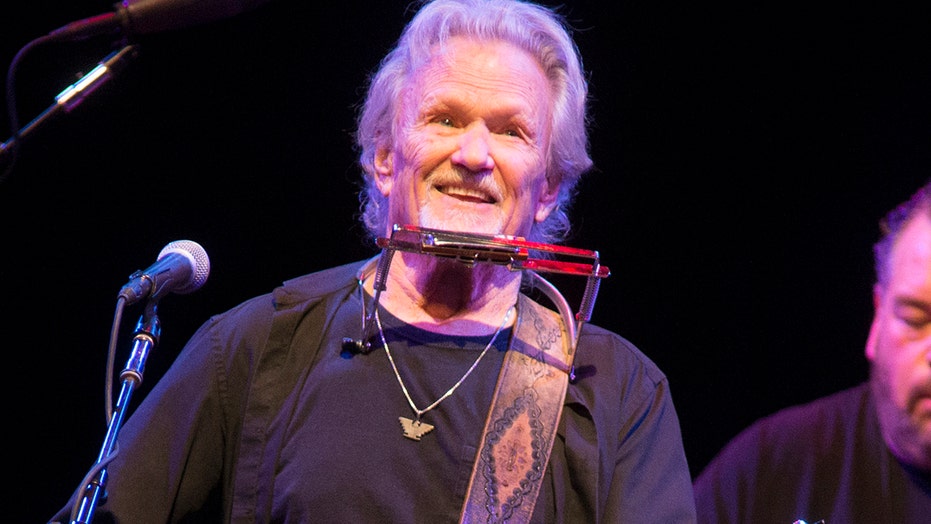 The 84-year-old musician quietly retired from a decades-long career in music in 2020.

Kristofferson's official departure from music was subtly mentioned in the release shared with Fox News on Thursday, which reads: "The legendary songwriter and actor officially retired in 2020, leaving his son John Kristofferson to lead the family's businesses."

Morris Higham Management has been tapped to take over representation of his estate while the artist's son, John Kristofferson, is now overseeing the family business, the release states.

"It's been amazing to dig in to my dad's catalog and history with this seasoned group of professionals," John Kristofferson said in a statement. "The name has alwayas been synonymous with songwriting as an art, and we're excited to reintroduce his work to new and old fans alike. We have many exciting projects in the works and I look forward to getting them out into the world."

MHM President Clint Higham reacted to the news on Wednesday as well, calling the "Me and Bobby McGee" songwriter "the artist that every artist strives to be."

In addition to writing and performing hits, Kristofferson reached sex symbol status back in the 1970s, and in 1971, he began a side career as an actor. In 1977, he won a Golden Globe award for his role in "A Star is Born."

In this April 12, 2019, file photo, Kris Kristofferson performs in concert at The American Music Theatre in Lancaster, Pa. Kristofferson surprised customers when he performed with an acoustic guitar at a North Dakota bar after a band taped a request to the singer-songwriter's tour bus.  (Owen Sweeney/Invision/AP)

He also went on to star in the films "Semi-Tough," "Songwriter," "Pat Garrett and Billy the Kid," "Lone Star," "Blade," and "The Sailor Who Fell from Grace with the Sea."

In 1985, the country star joined Johnny Cash, Willie Nelson and Waylon Jennings to form the group The Highway Men. He is also a member of the Country Music Hall of Fame and won the Johnny Mercer Award from the Songwriter Hall of Fame.

In 2007, Kristofferson was honored with the Johnny Cash Visionary Award from Country Music Television. He is also a past recipient of a Grammy Lifetime Achievement Award.

Kristofferson's official website notes that he toured "incessantly" over the years, up until the coronavirus pandemic hit in 2020.

Kristofferson reflected on his rewarding career in both music and film to Fox News in 2013. Then 77, the country artist said his career has felt "very surreal."

He also discussed with us his struggle with memory loss.

"I wish my memory weren't so bad. They tell me its from all the football and boxing and the concussions that I got. A couple of years ago my memory just started going," he lamented.  "But I can remember my songs so I can perform, but other than that..."

Despite his health setbacks, he declared at the time, "The music is who I am."