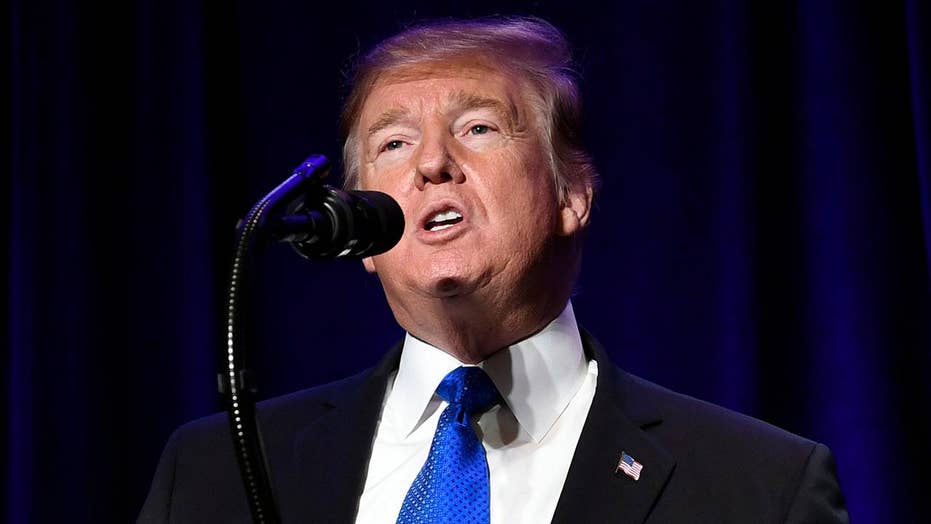 Trump spent 4 hours getting checked out at the Walter Reed National Military Medical Center in Maryland; John Roberts has the details.

CNN anchors Chris Cuomo and Don Lemon believe that President Trump and the White House are being dishonest about the results of his latest physical.

According to the White House, the president gained 4 pounds since last year, weighing 243 pounds and still stands at 6’3”. His blood pressure is 118/80 and cholesterol went down from 223 to 196.

Cuomo told his viewers that “despite a terrible diet,” the president is “reportedly in good health.” He did, however, insist that there was “something weird” about Trump’s height.

He showed two photos of himself interviewing the president from the 2016 election and pointed out to his viewers that he himself is “barely 6’2”.

“I did not ever think that he was taller than me in any of the times that we’ve stood next to each other,” Cuomo said. “As you see in those pictures, I don’t know that he’s 6’3", I just know that I am not, and my theory would be the taller you are, the better it is for your body mass index. Your weight-to-height ratio is a function of how fat you are.”

FLASHBACK TO 2018: TRUMP IS IN EXCELLENT PHYSICAL AND MENTAL HEALTH, WH DOCTOR SAYS

“I am technically obese when they do that body mass index thing, so that’s why I’m not quick to go at him,” Cuomo continued. “He should not weigh 243 pounds, he should weigh about 220 pounds, 215 pounds.”

“You know I actually think he weighs more than he says. A lot of people lie about their weight, I’m not going to say anything,” Lemon said. “I actually cut the guy some slack because it’s a stressful job, he has a lot of executive time, but to go from — what is it, 239 to 243, for an older man, that’s not a lot of weight to gain. Men with muscle mass can drop that in two weeks, four weeks.”

Lemon went on to say that what “concerns” him is the “heart situation,” invoking CNN analyst Dr. Sanjay Gupta had previously diagnosed his case as “heart disease” without actually examining the president.

“The American people have the right to know, am I wrong?” Lemon asked.