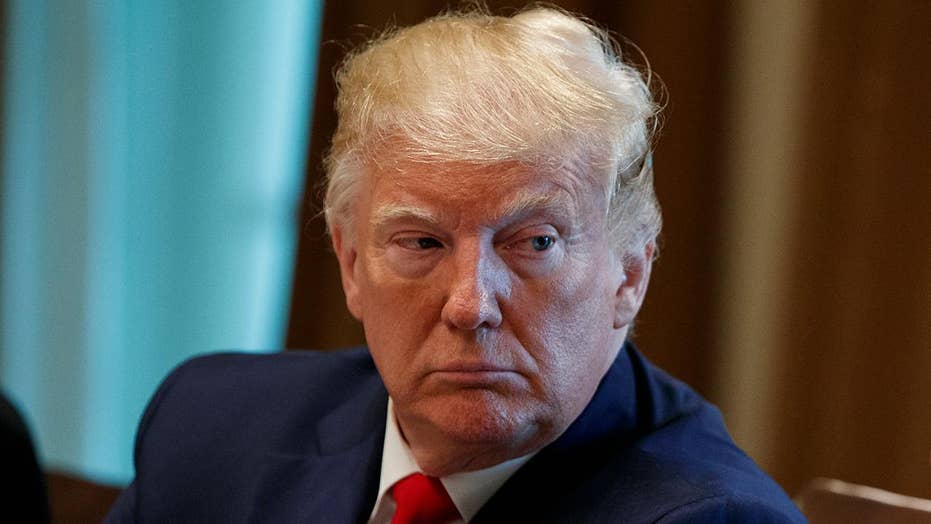 President Trump provided liberal news outlets with a new reason to go after him when he answered a hypothetical question during an interview with ABC News’ George Stephanopoulos that went public Wednesday.

Trump said he would be willing to listen to foreign governments if they approached him with information on a political rival. CNN and MSNBC went all in, condemning Trump’s comment for much of the news cycle following video of his remark being released.

During CNN and MSNBC’s primetime lineups from 8-11 p.m. ET, the liberal networks spent 72 percent of their time discussing Trump’s comment on Wednesday, according to a study by the Media Research Center.

The study indicated that a massive 148 minutes and 33 seconds combined was spent condemning the president’s comment while Hillary Clinton’s campaign use of the notorious Russian dossier was largely ignored despite obvious comparisons.

“During their almost two hours and 30 minutes of prime time coverage, or hair-on-fire panic, neither CNN nor MSNBC cared to mention that that’s exactly what the Clinton campaign did in 2016 with the now-infamous dossier,” NewsBusters’ Nicholas Fondacaro and Curtis Houck wrote in their analysis of the study.

CNN spent 72 percent of its primetime coverage on Wednesday discussing Trump’s comment and the ratings-challenged network “basically [repeated] the same thing over and over,” Fondacaro and Houck wrote.

When CNN wasn’t busy hyperventilating over Trump’s comment, it spent significant time allowing 2020 Democratic hopeful Bernie Sanders to cheerlead the benefits of democratic socialism, according to the study.

“CNN’s coverage of Trump’s interview grew more encompassing as the night dragged on. ‘AC360’ had 24 minutes and 11 seconds, ‘Cuomo Prime Time’ went with 27 minutes and 38 seconds, and ‘CNN Tonight’ topped off at 31 minutes and 58 seconds,” Fondacaro and Houck wrote.

MSNBC’s anti-Trump programming mirrored CNN’s with the network also spending 72 percent of its primetime coverage on the president’s comment.

“The worst offender in this three-hour block was ‘The Last Word,’ which spent a whopping 45 minutes and 38 seconds melting down over the President’s comments versus a mere two minutes and 45 seconds on other matters,” Fondacaro and Houck wrote.

Using dirt from foreign governments is obviously a sensitive subject in political circles, and the role of Donald Trump Jr. in organizing a 2016 meeting with a Russian lawyer offering negative information on Hillary Clinton was a focus of Special Counsel Robert Mueller's probe of Russian meddling in the last presidential campaign.

CNN has seen its ratings suffer amid its anti-Trump programming strategy, while MSNBC spent much of the past two years hyping the possibility that Trump’s campaign colluded with Russia. Mueller documented Russian efforts to boost Trump's campaign and undermine Clinton's but it did not establish a criminal conspiracy or find collusion. Many industry insiders feel that CNN and MSNBC were too focused on the collusion theory.

“There’s a whole wide world of news to share with the viewers, but these two cable networks decided to dedicate a vast majority of their prime time programming venting about one story. Talk about falling down on their jobs to inform the public,” Fondacaro and Houck added.