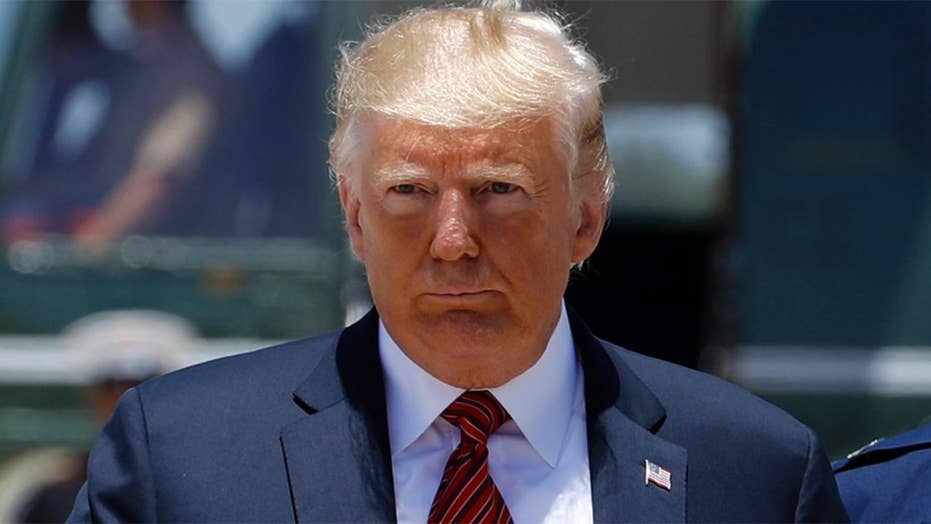 President Trump says if given foreign opposition research, he may not report it to the FBI

Richard Goodstein and Jesse Kelly weigh in on Trump's comments that he may not turn foreign opposition research over to the FBI and Sen. Bernie Sanders' case for socialism.

CNN host John King had some strong words about President Trump Thursday after he said he would be willing to listen to opposition research from another country without telling the FBI.

"Is it not un-American?" he asked. King also panned Trump's follow-up on Twitter, saying he acted like a "toddler that's been caught" when he defended himself with examples of Democrats citing opposition research.

KILMEADE: PRESIDENT TRUMP 'OPENED HIMSELF UP TO ATTACKS,' MUST CLARIFY REMARKS ON GETTING DIRT ON 2020 RIVALS

King also defended his network, suggesting that it wasn't blowing the issue out of proportion. "If you're a supporter of the president out there, you're saying, 'there they go again' ... well, don't listen to us then, listen to him," he said before CNN played the clip of Trump's comments.