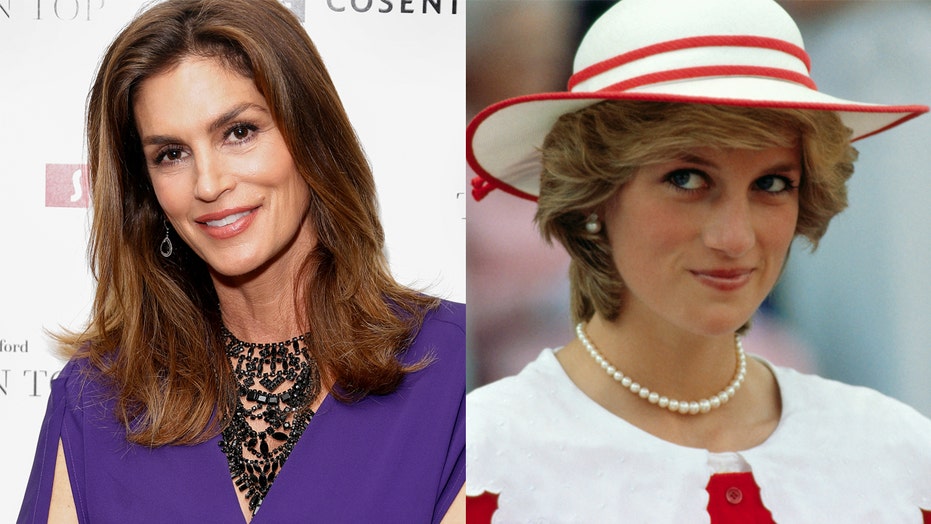 Meeting Princess Diana was quite the experience for Cindy Crawford.

The iconic supermodel chatted with Naomi Campbell during an episode of the latter's web series "No Filter with Naomi," during which they recounted their interactions with the royal family.

Campbell, 49, remembered her experience surprising Prince William with fellow models Claudia Schiffer and Christy Turlington for his birthday in his early teenage years.

“I went with Claudia and Christy and he was coming home from school,” Campbell recalled. “And we had gotten there before he had gotten home from school and Princess Diana was like, ‘Okay.’ So we were just like, ‘What do we do?’ I mean, it was so sweet.”

Crawford, on the other hand, met William, now 37, and Diana a few years later.

CLAUDIA SCHIFFER SAYS SECURITY ONCE GUARDED HER UNDERWEAR TO STOP THEIVES: 'IT WAS INSANE'

The 54-year-old model said that she was "blushing" when she met the royals.

"I was so intimidated meeting Princess Diana and being at Kensington Palace and just how completely down-to-earth she was because there’s so much protocol I guess, and not being English, I don’t understand some of it," she said.

Cindy Crawford said she was 'blushing' when she met Princess Diana. (Getty)

Crawford added that Diana made the visit feel like “going to a friend’s house."

“I feel like she was in jeans and like a cashmere sweater and almost that vibe of being super laid back," she said. "So I also was probably a little, I mean it was uncomfortable, but it was sweet. It was a very sweet day and a great memory.”

Campbell then echoed Crawford's praise of the late princess, who died in 1997.

“Loved Princess Diana, I just loved her," Campbell said. "Humble, how down-to-earth and I’m just blessed to know her for the time that I did.”