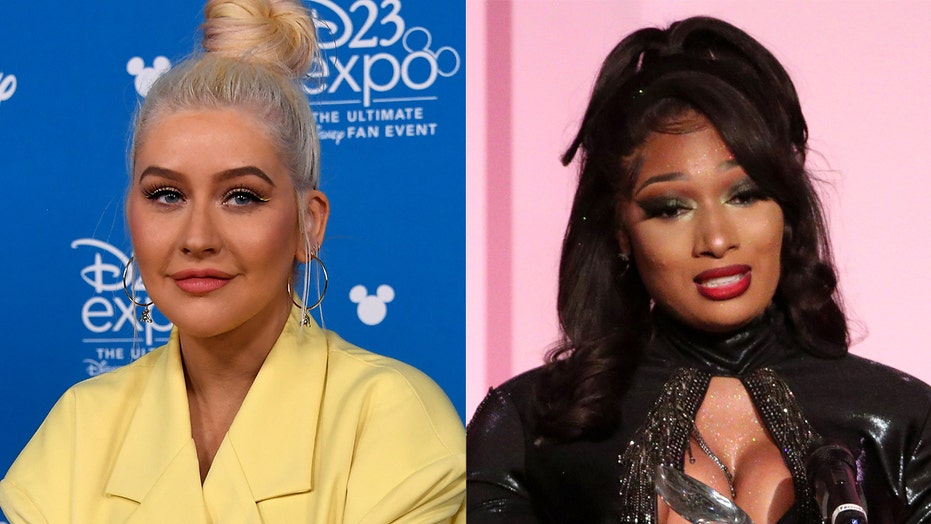 Christina Aguilera has no problem saying goodbye to her 30s.

The ageless songstress turned 40 on Friday and shared a fun, sassy video in preparation of hitting the major milestone.

On Thursday, the star took to social media to share a brief clip proving that even after all these years, she's still got it.

The video begins at Aguilera's feet featuring black and gold heels. The camera then pans up the singer's leg and body, revealing her matching black and gold bodysuit as Megan Thee Stallion's "Body" plays. She also sported a long ponytail in her signature platinum blonde color.

After a few moments, the star confidently struts down a hallway to the beat of the song.

Just before the video ends, Aguilera flips her long ponytail and turns toward the camera, offering the camera a sultry glance as Megan's song features a kissing sound, "mwah."

"Comin for you 40!" she captioned the video.

The video caught the attention of the 25-year-old rapper, who also shared it on her own Instagram Story, adding several smiling emojis with hearts for eyes.

The post also drew praise and birthday wishes for the star in the comments.

"Thank you for being such a great role model at every age!" a fan wrote on Instagram. "You give confidence and keep fighting no matter what. Happy birthday!"

The "Beautiful" singer has proven to be quite the fan of Megan Thee Stallion, having shared her admiration for her hit "WAP" over the summer.

The star shared a picture of herself relaxing in a swimming pool, wearing a white swim dress, sunglasses, a silver necklace and bright red lips.

"#WAP got me feelin some type of way," she captioned the photo in reference to the hip-hop hit, also performed by Cardi B.