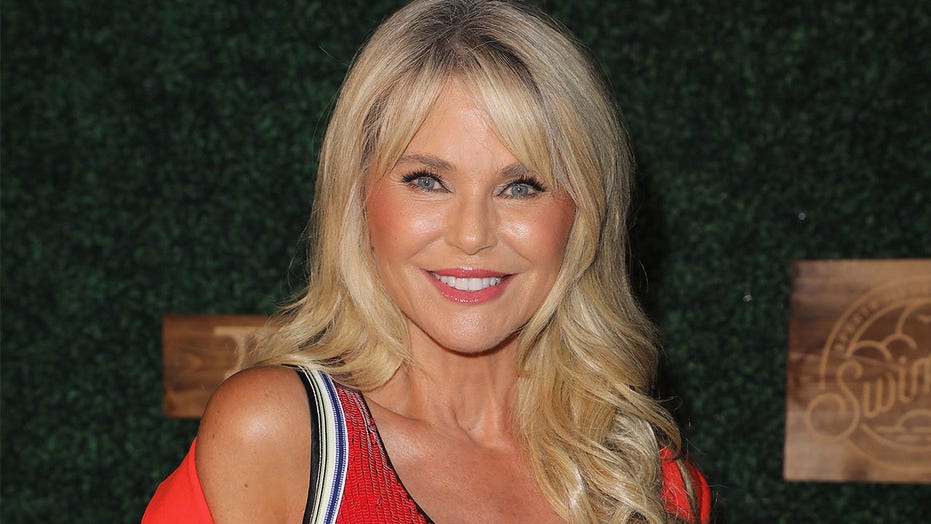 The supermodel, long celebrated for her all-American good looks, turned 67 this year. And during quarantine amid the coronavirus pandemic, the Sports Illustrated Swimsuit cover girl was keeping busy researching new skincare products to keep her features supple while limiting her regular visits to the dermatologist.

It was during that time that a pal recommended SBLA’s Neck, Chin & Jawline Sculpting Wand, a non-surgical beauty tool that she insisted helps minimize the appearance of wrinkles while blending hyper-pigmented spots. The star was so pleased with her results that she personally reached out to CEO Randi Shinder and became a brand ambassador.

CHRISTIE BRINKLEY, 66, FLAUNTS HER FLAT ABS IN SELFIE: ‘I AM OVERJOYED TO BE ABLE TO MOVE MY BODY AGAIN’

Fox News: What’s one thing that has been amazing for you about turning 67?
Christie Brinkley: I’m just so full of gratitude for each and every day. I’ve always been that way, but I think the older you get, the more you realize how precious each day is. You know, I really dedicate myself to making sure that I really enjoy my day as much as I possibly can and make time for friends. With age comes a real abundance of gratitude and awareness of just how lucky we are.

Fox News: Every time you post a swimsuit photo, it always receives so much praise. How does that feel, especially when a photo goes viral?
Brinkley: I post these pictures because I hear from women my age all the time that say, "Thank you for changing the way people think about the numbers." Back in the day, numbers represented something. I remember people thinking that after 30, you should never wear your hair past your shoulders or your hemline needed to hover your knee caps.

I’ve always found those rules so limiting. Everybody’s different, everybody’s unique. But it’s like telling a gymnast she can’t do flips past a certain age. It doesn’t make sense. If you’ve got great legs, show them. If there’s something about yourself that you really love, celebrate that. Don’t be controlled by those numbers.

Fox News: Do you see yourself posing for Sports Illustrated Swimsuit again?
Brinkley: Hmm, I doubt it. I feel like, been there, done that. I think when I put on my bathing suit again, I want to also have a snorkel and go diving, see the fish.

Fox News: On days when you don’t feel so confident, what do you do to feel better about yourself?
Brinkley: I count my blessings. You know, despite exercising and a quicker than I anticipated recovery (from hip replacement surgery), I’m having a hard time getting my jeans shut. The other day I was like, "Oh my gosh, even my PJ’s are getting tight around the middle." But I just simply do smaller portions and stay moving.

I don’t step on a scale. I have my honest jeans tell me the truth. I’ll try those on to see where I’m at. If I fit in those, I feel good. And when they’re too tight, it’s OK, too. At first, I was a little surprised because I’ve been wearing a lot of sweat pants. But for me, it’s smaller portions and a little more exercise. And I choose to focus on counting my blessings because once you start realizing all the things in your life that you’re grateful for, it becomes no big whoop.

Christie Brinkley is currently a brand ambassador for SBLA. (SBLA)

Fox News: What was it about SBLA that made you want to partner with them?
Brinkley: It’s effective. It works. You know, throughout quarantine, I was very worried. I think that the worry was starting to show on my face. I was calling up friends and saying, "What are you doing? Have you come across anything?" My friend said, "I tried one of these wands and my worried brow doesn’t look so worried anymore. You should give it a try." So I did. And I love them. I love them so much I reached out to Randi Shinder, the founder of the company.

When I roll it on, I feel like the wrinkles fade back. They don’t disappear. It’s not like Botox. I did it once and that was a disaster for me and I never did it again. But this is relaxed and effective… It gives me the long-term and short-term results I’m looking for.

… I was looking through my pictures one day because I wanted a good picture to post [on social media]. I hit the wrong button and my lens flipped around. I just went "ahh!" *laughs*. I had my glasses on. I never look at myself with my glass on. I was quite surprised by the discoloration and the lines that I saw. I’ve had so much sun in my life, so I definitely wanted to give this tool a try. I’ve noticed that those lines are vanishing and the discoloration is fading, so I’m sold *laughs*.

Fox News: You’ve previously said that women over 50 have very specific beauty needs. What are they?
Brinkley: I think the neck area is one of the first areas that women start to complain about. Obviously, we have the delicate area around the eyes, that skin. And I’m a squinter because I never know where I put my glasses! So I have the lines that go both on the outside of my eyes and up over my nose. I also think that discoloration becomes a bigger problem, at least for me as somebody who’s been exposed to the sun a lot.

I grew up in Malibu. Whenever I had a little sore throat or anything, my mother would tell me, "Go sit outside and bake it out of you." So I would go outside and get as much sunshine as possible. And before a shoot, I would literally be handed a bathing suit and told "Put this on and go get as tanned as you can." So I would go out and get a tan.

In my [former] beauty book [from early on in my career], I apologize for this, but I tell women how to sit at the edge of some water, put baby oil on their body, then splash constantly up so that the droplets magnify the sun and you will get golden brown. I did get golden brown. But now at 67, I also have hyperpigmentation that I’m not thrilled with. Now, I always tell my daughters, "Sunblock, sunblock, sunblock."

Christie Brinkley announced earlier this year that she had hip replacement surgery and is feeling great. (Photo by Astrid Stawiarz/Getty Images for National Geographic)

Fox News: Many people assume that to look young means going under the knife. It’s a personal choice. But how can someone keep their skin youthful if they’re not ready to take that step?
Brinkley: There’s a huge menu of things you can pick and choose from now, whether it’s radiofrequency, laser therapies, fillers and other injectables. Of course, what you do 24 hours a day has a tremendous impact on your skin. Back in the ‘80s, I went to the Soviet Union with Billy [Joel]. I was around that magic number 30. And I remember people over there didn’t have access to sunblocks, day cream, night creams like we do now.

People would literally stand in a little crowd around me and touch my face. The translator would say, "They can’t believe you’re 30 and your skin looks so good." Needless to say, I left all my beauty products over there for my friends that I came across *laughs*. But I really wanted to prove that good nutrition, daily exercise and what we put on our skin all really have an impact on us, especially as we age. True beauty comes from the inside out. And it shows.

Fox News: What advice would you give to someone who wants to start a healthier lifestyle but they truly don’t know where to begin?
Brinkley: I would tell them that it all comes down to the basics of good nutrition and daily exercise. I’m a lifelong vegetarian. I had years of during my vegetarianism where I was vegan. I always say I’m kind of an aspiring vegan *laughs*.

But there are a couple of things that keep me from being labeled a vegan. Like occasionally, when I’m in Italy, I love a juicy mozzarella ball. I love a good plate of oysters. And whenever I’m on an island, I gravitate towards the sea. There’s very few fish I will eat, but I will have an occasional fish. I don’t like big fish, such as tuna, because there’s too much mercy and you have to be careful with that. But I’ll do a small fish. I really like a healthy Mediterranean, vegetarian diet. It’s delicious and let’s face it, a delicious meal is important, especially if you’re going to stick with it.

But when it comes to health, there’s the saying that summer bikini bodies are made in the winter. I believe in that. And great older skin begins when you're younger. However, it’s never too late to introduce yourself to great new products. And when it comes to beauty, I feel like I’m always learning. And that keeps me feeling young, too.