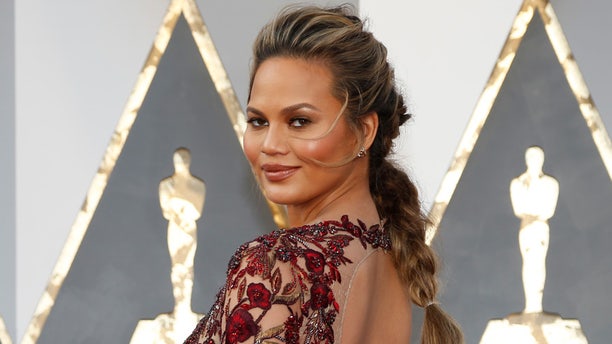 Chrissy Teigen got a nice surprise from Outback Steakhouse earlier this week. (Reuters)

Chrissy Teigen is a little annoyed about some of the changes her body has undergone since getting pregnant -- or rather, she's mad about her butt not changing.

The outspoken "Lip Sync Battle" co-host -- who is expecting her second child with husband John Legend -- took to Twitter on Monday, where she lamented that she's put on a few pounds but not in the places she'd hoped for.

"Up 40 pounds and not one ounce went to my butt," Teigen, 32, tweeted. "Please stop shaming the buttless, we are trying."

Soon after, Teigen returned to Twitter to share what she feels is an important, unspoken rule for pregnant women.

"Just a heads up that when a preggo says what they’ve gained, you can only share what you gained if it’s more. Not less," she wrote. "THEMS THE RULES."

Teigen and Legend -- who are already parents to an adorable daughter, Luna ,who turns 2 in April -- recently revealed that they are expecting a son, and that the Sports Illustrated model is expected to give birth sometimes in June.

Teigen opened up to ET in January, and she revealed how her daughter is preparing to be a big sister.

"She is so excited. Actually, she's got her little baby doll now that she's been really taking care of," she shared. However, she also admitted to being "nervous" about wrangling two kids.

"I think the balance is hard. I mean, you want to be able to give one so much attention and shower them with love and affection, but then you have a little baby too, and that'll be rough to balance," she explained. "I'm excited to figure it out, because, hopefully, we won't stop at two."