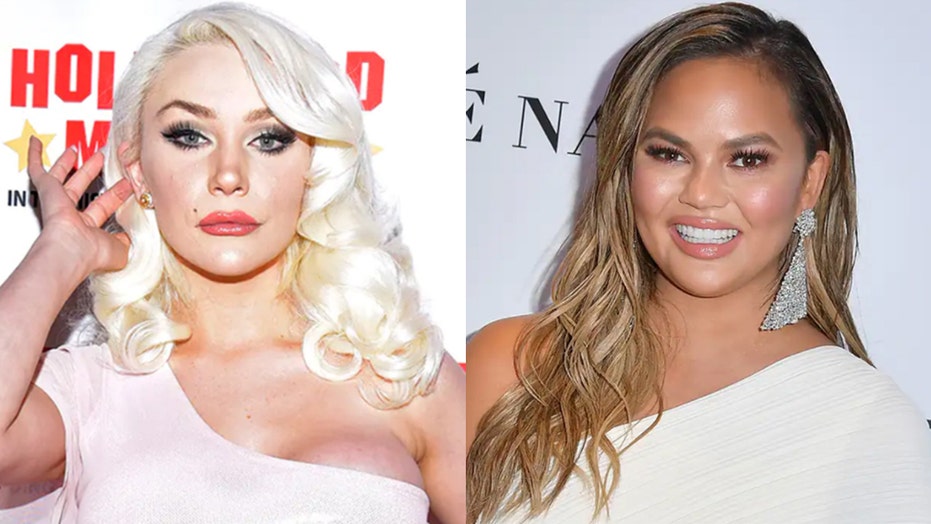 Chrissy Teigen is apologizing to Courtney Stodden after the model was called out by the reality star for years of unwarranted social media bullying.

"Not a lot of people are lucky enough to be held accountable for all their past bulls--t in front of the entire world," Teigen, 35, began in a series of tweets addressing the criticism from Stodden, 26, who identifies as non-binary. "I’m mortified and sad at who I used to be. I was an insecure, attention seeking troll. I am ashamed and completely embarrassed at my behavior"

"But that is nothing compared to how I made Courtney feel," Teigen continued. "I have worked so hard to give you guys joy and be beloved and the feeling of letting you down is nearly unbearable, truly. These were not my only mistakes and surely won’t be my last as hard as I try but god I will try!!"

The two-time cookbook author pressed that while she has "tried to connect with Courtney privately," since Teigen "publicly fueled" all of the backlash she has since received for her past behavior and remarks, "I want to also publicly apologize."

COURTNEY STODDEN TALKS 'SCARY' SIMILARITIES TO BRITNEY SPEARS: 'I WAS THE NEXT TRAIN WRECK BLONDE TO BULLY'

"I’m so sorry, Courtney. I hope you can heal now knowing how deeply sorry I am," the mother of two wrote, adding in a follow-up tweet, "And I am so sorry I let you guys down. I will forever work on being better than I was 10 years ago, 1 year ago, 6 months ago."

Stodden opened up to Fox News last year about the online bullying they received from Teigen over the years in which the "Chrissy's Court" star allegedly made vile remarks to Stodden to "kill" themselves.

"I was basically being abused," Stodden said in February following the release of the "Framing Britney Spears" documentary that highlighted the persistent slut-shaming and mockery Spears faced during her teenage years.

Chrissy Teigen issued an apology to Courtney Stodden after the model was called out by the reality star for years of unwarranted social media bullying. (Getty)

"Anderson Cooper, Wendy Williams, Joy Behar, Chrissy Teigen, they basically made me feel like I was this bad person," Stodden, a lingerie model who originally made headlines in 2011 at age 16 when they married "Green Mile" actor Doug Hutchison, who was 51 at the time, maintained.

"Anderson Cooper would knock me down nightly on 'The RidicuList.' I was getting bullied at the same time by Chrissy Teigen on Twitter sending messages telling me awful things like I'm 'not pretty, I'm ugly, and I should take a dirt nap -- she loved that one,'" Stodden recalled. "I felt like absolute trash."

The bullying allegations recently came to light after Stodden spoke to the Daily Beast earlier this week.

"She wouldn’t just publicly tweet about wanting me to take ‘a dirt nap’ but would privately DM me and tell me to kill myself," Stodden claimed. "Things like, ‘I can’t wait for you to die.’ And not only her, but Joy Behar had a field day with calling me a ’slut.’ Courtney Love told me I was a ’whore,’" they added.

"People came out of the woodwork to beat up on a kid because she was in a situation that she shouldn’t have been in. There were a lot of celebrities acting like playground bullies," they maintained, adding, "Some of the worst treatment I got was from women, and we’re not going to get anywhere if we keep holding each other back."