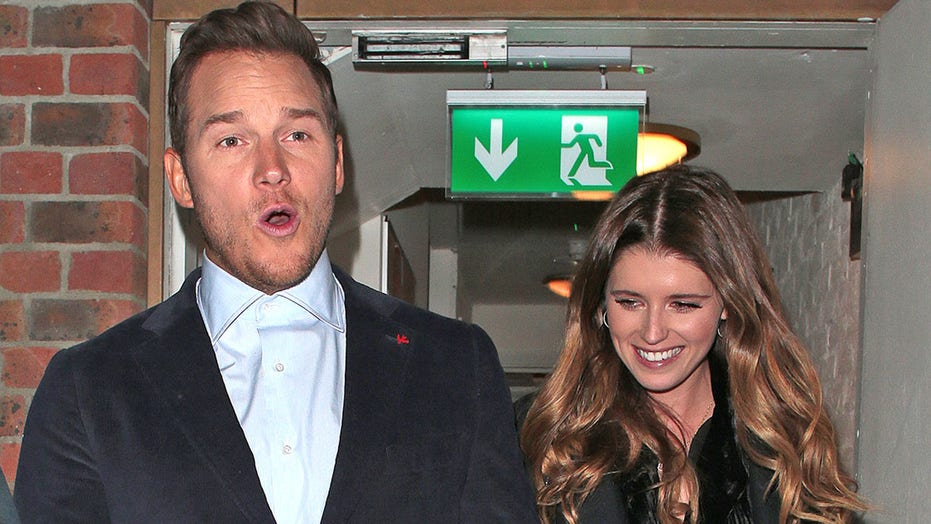 Katherine Schwarzenegger explains why it was 'nerve-wracking' introducing her dog Maverick to 'Avengers' star Chris Pratt. The proud animal advocate also explains why she's passionate about Petco during the holidays.

Chris Pratt is so comfortable in his marriage to Katherine Schwarzenegger, he’s openly revealing the one thing he does that annoys her the most.

The “Avengers” star spilled the beans to Ellen DeGeneres on Wednesday during the famed segment “Burning Questions” on her talk show -- and shocked the audience with his admission.

"I leave napkins folded all over the house. Like, I'll use a napkin and instead of taking the time and effort to go throw it away, I'll just fold it up and set it down as if, 'Well, that's folded, so that belongs there,'" he said. "So there's just a little trail of napkins."

Pratt went on with the game and praised his wife at every turn, even telling DeGeneres that Schwarzenegger fills in his “many deficits.”

"I've got a lot, too, so that's why it's so surprising," Pratt joked to the comedian.

Schwarzenegger, the daughter of actor Arnold Schwarzenegger and journalist Maria Shriver, tied the knot with the “Parks and Recreation” alum, 40, last June.

What’s more, Pratt also detailed the couple’s honeymoon in June 2019 that was slightly altered due to an intense sunburn he received while visiting a tropical locale.

"Over the last five years I've been doing all of these movies and in those movies I look so tan. But I forget that it's sprayed on!" he said. "And I thought, 'I'm gonna give myself a little color.'"

After the show displayed a photo of Pratt’s sun-singed back, he quipped that the whole ordeal “took no more than nine minutes.”

"We were in a tropical location and I just remember Katherine saying, 'You have to put on sunscreen.' And I said, 'No, I want to get a little base going and then we'll throw some SPF on,'" he recollected. "I laid out and I was like, 'Is someone cooking Norwegian bacon?' It happened so fast! I forgot how translucent my skin is."

From that moment forward, Pratt said any activity consisted of him having his shirt on.

"It was shirts-on swimming for the rest of the week,” he joked. “So sexy. Everything shirt on. Every activity that happens on a honeymoon, shirt on.”

The lively pair recently celebrated Schwarzenegger’s 30th birthday and Pratt shared a collage of photos taken with his wife, whom he quickly married after he and ex-wife Anna Faris ended their marriage which lasted from 2009 until their divorce was finalized in October 2018.

Pratt shares son Jack, 7, with Faris, who has since become engaged to filmmaker Michael Barrett.