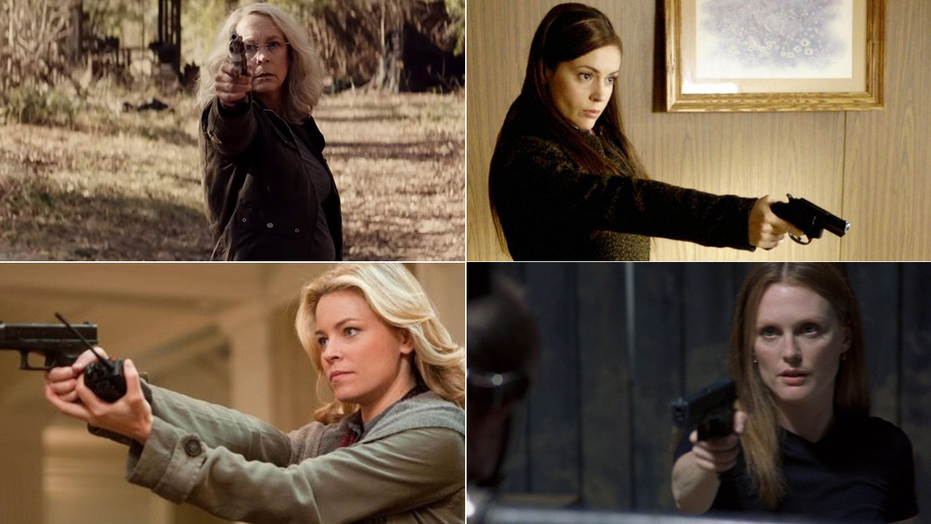 Left-leaning Hollywood celebrities are calling for action on gun control and gun reform after a shooting in Boulder, Colo., left 10 people dead including a police officer on Monday.

The deceased victims range in age from 20 to 65 years old, police said. The suspect has been identified as Ahmad Al Aliwi Alissa, a 21-year-old Arvada, Colo., man. Authorities have not identified a motive.

The push for gun control came swiftly from outspoken celebrities, who took to Twitter to comment on the shooting and, in some cases, call for leaders to change gun laws in an effort to reduce or prevent more mass shootings.

Actress-turned-activist Alyssa Milano wasted no time pressing for gun violence to be "eradicated" on Twitter as she pushed for filibuster restructuring.

Mia Farrow simply wrote that "no civilian needs to carry such a weapon," making reference to the "AR-15 style weapon" the suspect allegedly used to carry out his attack.

Jamie Lee Curtis wrote 14 times in one tweet that lawmakers should "#BanAssaultWeapons."

Actress Julianne Moore also expressed her outrage at the events that transpired on Monday and shared a graph from a research organization to further illustrate her point.

"We shouldn’t have to live like this. In Atlanta or Boulder or anywhere else," she wrote on Instagram. "Our elected leaders owe us #MoreThanThoughtsAndPrayers to end our gun violence crisis — they owe us action."

She also urged people to support the HR8 bill that would make background checks required in order to purchase a gun.

"GOP... How would you feel if you lost someone you love to gun violence?" Ellen Barkin asked in a tweet on Tuesday. "Would you still be gripping your AK 15s?"

Director and actress Elizabeth Banks, who has publicly criticized "stand your ground" laws as "BS,"  also tweeted that gun control "will save lives."

Comedian Billy Eichner tweeted that the country needs "GUN REFORM NOW," and predicted that a "Post-Covid America will see more gun related violence than ever before."

"Full Metal Jacket" actor Mathew Modine replied to a tweet that said a ban on assault weapons in Boulder was blocked 10 days before the King Soopers grocery store shooting.

"When you live in a democracy - you vote for and elect the officials that represent you, your values and beliefs. As I type, 9,535 gun violence deaths have occurred in the US in 2021," he wrote.

"House of Cards" star Michael Kelly also got in on the discussion and tweeted that many of his military buddies believe assault weapons "have no place in society," and said at this moment, gun reform is "common sense."