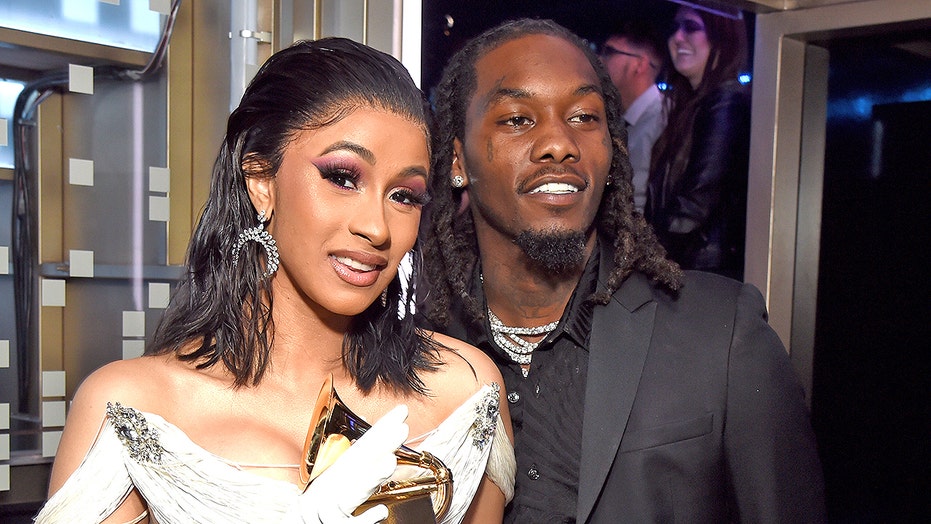 Cardi B has reportedly called off her divorce from Offset.

According to TMZ, the "WAP" rapper filed documents Monday in Georgia to dismiss the divorce "without prejudice." She originally filed for divorce in September.

At the time, the 27-year-old Grammy winner shared she was seeking to legally part ways from the Migos emcee, 28, because they were having heated arguments as of late.

“I wanted to let y’all know I have shed not one tear,” Cardi told her fans in an Instagram Live video.

In the video, she spoke to her followers candidly and admitted she has cried over her husband’s past cheating scandals, but was adamant that previous or current infidelity was not a factor in her decision to separate.

Cardi B and Offset are not divorcing after she originally filed in September. (Michael Kovac/Getty Images for The Recording Academy)

“I got tired of not seeing things eye to eye," she stated. “When you feel like it’s just not the same anymore, before you actually get cheated on, I’d rather just leave... Nothing crazy out of this world happened, sometimes people really do grow apart."

The couple's breakup didn't last long as Offset was spotted kissing Cardi during her birthday celebration in Las Vegas in early October.

CARDI B, OFFSET ARE DIVORCING BECAUSE THEY ARGUE, THE RAPPER SAYS

And he gushed about her social media writing, “Me and Kulture are proud of you!!! [You] overcame every obstacle in front you they was all sleep at once then you woke the world up."

In June 2018, Cardi confirmed that the couple had secretly tied the knot in September 2017 after Offset popped the question at the Philly Powerhouse concert and Cardi said yes on the spot. Their daughter Kulture was born in July 2018.

Six months after saying “I do,” Cardi revealed on social media that the pair had split. The announcement came after rumors swirled that Offset had been unfaithful in their marriage, according to People magazine.

Offset and Cardi married in September 2017 and shares one daughter together.  (Jordan Strauss/Invision/AP)

Offset then showed up unannounced to Cardi’s set at Rolling Loud in 2018. “I just want to tell you I’m sorry, baby. I love you,” he pleaded to a visibly upset Cardi, but the two reconciled in 2019.

She also recounted to the publication the backlash she faced from fans following her decision to let Offset back into her life.