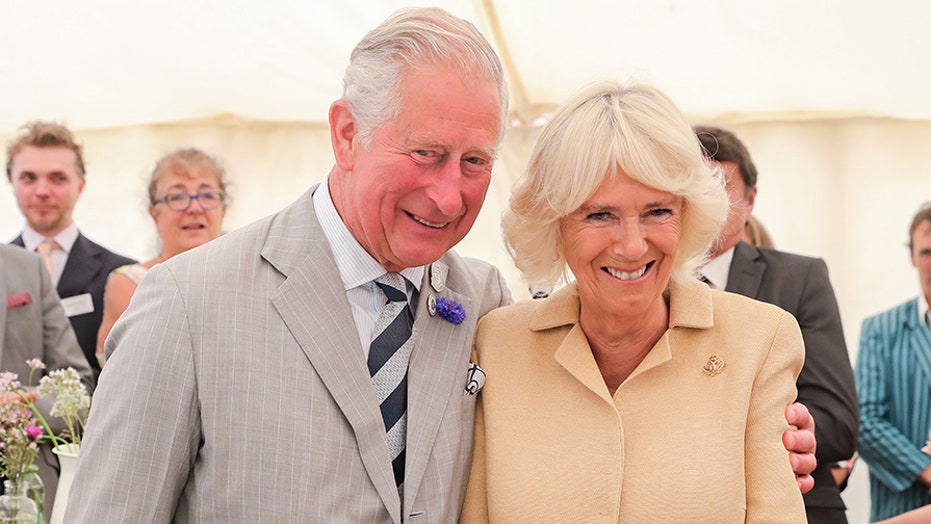 There’s a reason why Camilla, Duchess of Cornwall has transformed from “the most hated woman in Britain” to beloved royal.

The 72-year-old, who is married to Prince Charles, used her time in quarantine amid the coronavirus pandemic to present herself as “accessible” and “relatable,” royal expert Katie Nicholl told Vanity Fair on Thursday.

The author pointed out that within the past 100 days, Camilla has been “one of the most high-profiled senior royals during the pandemic” and noted that the public has been seeing her more than ever despite the lockdown.

The duchess has been participating in several royal engagements remotely to offer comfort and even some laughs during unprecedented times.

“Dressed down in her favorite jeans and comfy flat pumps, in her appearances from quarantine, the duchess has come across as accessible and relatable,” said Nicholl. “From her down-to-earth video messages to her efforts to shine the spotlight on causes close to her heart to leading the national tributes on V-E Day, Camilla has been center stage and she never looked happier.

“We have seen her in a much more informal setting and that has given people a chance to get to know her a little better,” a source who works with the duchess told the outlet. “Both she and the prince have shown themselves to be very comfortable operating this way -- they have allowed the public into their home in a way that has never happened before.”

According to the outlet, Camilla and Charles’ Instagram page doesn’t match that of younger royals Prince William and Kate Middleton’s. However, the Clarence House Twitter handle has seen an increase in its online platforms of about 20 percent during the pandemic, suggesting more people than ever are flocking to their page.

“The prince and duchess were in lockdown like everyone else and couldn’t be seen in person, so they wanted to find another way to connect with people,” said an aide. “They hadn’t done many social media messages before, but they quickly realized this was the way forward and a means of being visible and immediately connecting with people, which is what they always wanted to do.”

Nicholl shared that there’s no doubt that Camilla, once dubbed “the most hated woman in Britain” and “one of the three people” in Charles and Princess Diana’s marriage, is now viewed in a more positive light.

PRINCE WILLIAM 'IS IN NO RUSH TO BE THE KING,' WON'T BYPASS CHARLES FOR THE CROWN, ROYAL EXPERT SAYS

PRINCESS EUGENIE SHOWS OFF HER BACK SCAR FROM SCOLIOSIS, ENCOURAGES FOLLOWERS TO DO THE SAME

She pointed out that one Twitter user even remarked: “I know she was a much-disliked person during the Di years but I think she is probably one of my favorite RF [royal family] members now.”

The road to being a beloved royal wasn’t an easy one for Camilla. But these days, Nicholl said she enjoys “a warm and close relationship” with her mother-in-law, Queen Elizabeth II. She is also close to her stepsons William and his younger brother Prince Harry. In addition, Camilla is popular with courtiers in the royal household, who describe her as “loyal, hardworking and fun.”

“She has a real sense of humor,” said one longtime palace official.

One aide revealed how Camilla, who is camera-shy, doesn’t want to eclipse her husband and is very cautious about occupying the spotlight. Still, she wants to use her title as a way to raise awareness on her more than 90 patronages. Causes she supports include domestic violence awareness, coping with loneliness among the elderly and osteoporosis after losing her mother and grandmother to the condition.

KATE MIDDLETON IS POPULAR AMONG PALACE AIDES AND 'A ROCK' TO PRINCE WILLIAM, ROYAL AUTHOR CLAIMS

“Ironically, in some ways, she has been more accessible during the lockdown than she was previously by embracing the digital platform,” said an aide. “The online traffic has shot up and it seems to be because people are enjoying what the duchess has to say.”

“It’s the duchess we all know and love, but the public doesn’t often get to see,” a friend of Camilla’s, who has known her for 15 years, told the outlet.

“She has come across brilliantly and the public is finally getting to see a bit of the real Camilla,” the pal continued. “Like her husband, she has a deep sense of knowing what to do in her public role, and I think they both recognized that their moment of leadership is happening now. The right thing to do is support her husband and the monarch and that is what she is doing. She’s seizing the moment.”

According to Nicholl, Camilla and Charles, who is second in line to the British throne, “make a brilliant team.”

“Their love and companionship has gotten them through some seriously challenging times over the past two decades, and now it is seeing them through a global pandemic,” she said.

The longtime couple first met sometime in the ‘70s. Sources have claimed the pair were either introduced through a mutual friend at a party or that they first met at a polo match. While Charles allegedly fell head over heels, he wasn’t ready to give up his bachelorhood.

Camilla moved on and married cavalry officer Andrew Parker Bowles in 1973. They parted ways in 1995.

Charles married Diana in a televised wedding that attracted about 750 million viewers worldwide in 1981. The Princess of Wales had long suspected Charles kept an ongoing affair with his ex-girlfriend and their marital woes became public before the couple called it quits.

KATE MIDDLETON WOULD HAVE ‘TO BE SUPERHUMAN NOT TO FEEL THE PRESSURE’ AS FUTURE QUEEN CONSORT, AUTHOR SAYS

Prince Charles and Camilla Parker Bowles are pictured on their wedding with all of their children (L-R) Prince Harry, Prince William, Laura and Tom Parker Bowles, in the White Drawing Room at Windsor Castle, April 10, 2005. (Reuters)

Diana and Charles separated in 1992 and their marriage officially ended with their divorce in 1996. The Princess of Wales died in 1997 at age 36 from injuries she sustained in a Paris car crash.

Charles went on to marry his longtime love in 2005. Upon marriage, she became the Duchess of Cornwall.