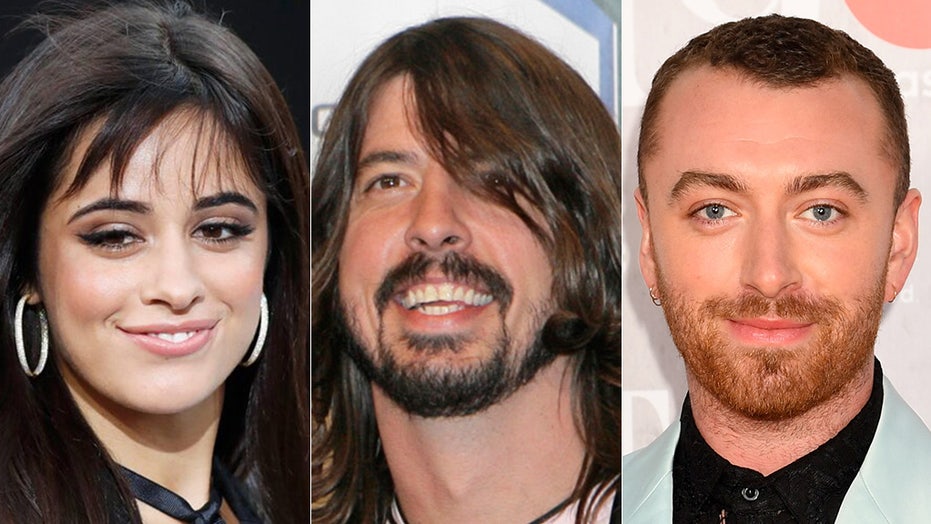 Fox Corporation and iHeartMedia have teamed up to for "FOX Presents the iHeart Living Room Concert for America," which will air on Sunday at 9 p.m. ET on all FOX platforms and iHeartMedia radio stations nationwide.

Camila Cabello, Dave Grohl, Sam Smith are just some of the artists who will perform on “FOX Presents the iHeart Living Room Concert for America.” (AP/Getty)

The hourlong concert will also feature inspirational messages from guests as well as special appearances from Ciara, Demi Lovato, Lizzo, Russell Wilson and more as the benefit special will pay tribute to the those who are putting their lives in harm’s way to help their neighbors and fight the spread of the virus.

It also will encourage viewers to support two of the many charitable organizations helping victims and first responders during the pandemic: Feeding America® and First Responders Children’s Foundation.

The benefit special will air in the timeslot originally scheduled for the “iHeartRadio Music Awards,” which was postponed as a result of the growing pandemic.

The show will be unique in that the world's biggest stars will be performing on television from their very own homes!

Mariah Carey is performing from her home studio with a door open so she can watch her children at the same time. The Backstreet Boys will perform together, but from each of their respective residences.

Billie Eilish plans on singing from her family’s couch.

Billie Eilish will perform Sunday night on FOX from her family's couch. (Getty)

“This is something completely different than we’ve ever tried before,” explained iHeart Media president of entertainment John Sykes, who is hard at work putting together “FOX Presents the iHeart Living Room Concert for America” that will air on Sunday night.

FOX will offer the event across all of its linear and digital platforms.

Last week, Fox Corporation announced it would provide everyone in America unlimited free access to Fox News Channel and FOX television stations during the coronavirus pandemic.