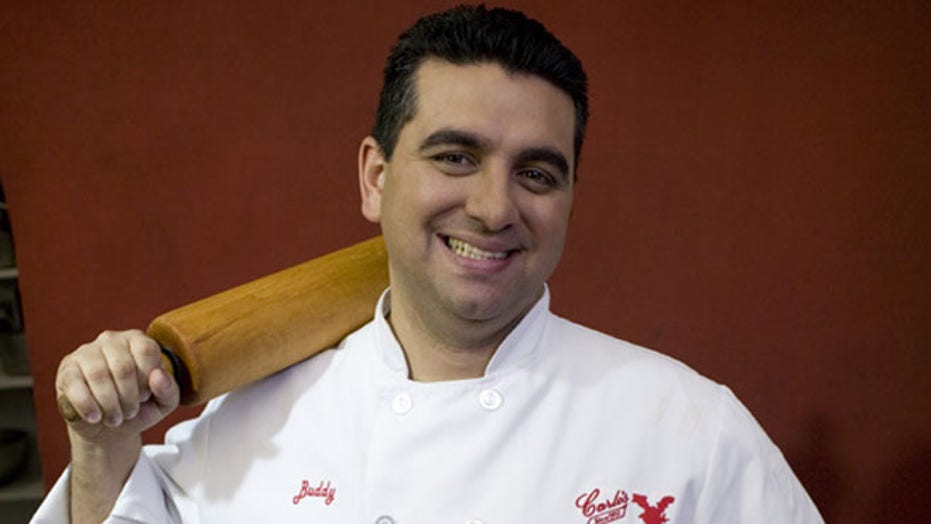 Buddy Valastro updated his fans on how his hand is recovering after suffering a major injury in the fall.

The "Cake Boss" star, 44, appeared on Rachael Ray’s talk show Tuesday where he told the host that he completed his fifth surgery on his hand last month and that he is finally starting to feel like himself again.

"I'm feeling good, my hand is coming along," the acclaimed baker told the host.

The star also added, "I definitely have a lot more of my mobility back."

To prove it, he made a fist and straightened his fingers to show the degree of improvement he’s made after the hand was basically rendered useless by a bowling injury in September.

"I have I would say about 75 percent of my strength back, so it’s coming along," an optimistic Valastro said.

The Food Network star's hand was impaled after getting it stuck in the bowling pinsetter, a representative for his company confirmed to Fox News at the time. A malfunction with a pinsetter, which has been an easy fix in the past, caused Valastro's hand to become lodged and compressed inside the machine, his spokesperson said.

"Unable to remove his hand, he can see a 1 1/2 inch metal rod slowly and repeatedly impale his hand three times between his ring finger and middle finger," the spokesperson continued.

More than five minutes elapsed and he was still unable to remove his hand. His son cut him free from the machine using a reciprocating saw, which he used to cut through the metal rod, the spokesperson said.

The star continued to update his fans on his recovery, most recently in December when he appeared in the TLC special "Buddy Valastro: Road to Recovery."

At the time, he only described his hand at being about "15%" in terms of strength and demonstrated how difficult it was for him to decorate a cake at the time, something the veteran baker has been doing at an expert level for years. However, he’d only undergone three surgeries when he made those comments. It’s unclear if he’ll require more as he continues to heal.

"I'm not ready to be on the sidelines yet, so I don't know what the transition is going to be or what capacity things are, you know, going to end in," he said on the special.