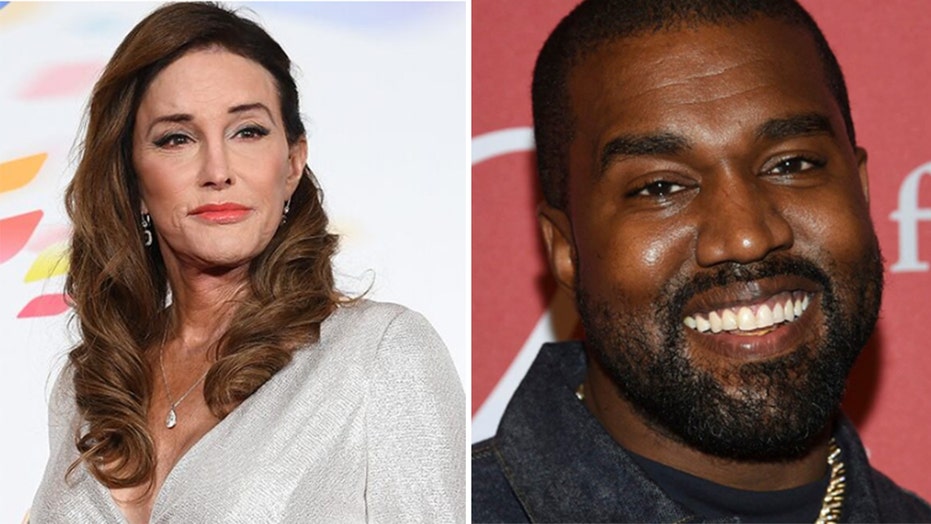 Caitlyn Jenner is weighing in on Kanye West's bid for the 2020 Presidential campaign.

Caitlyn, 70, who divorced Kim Kardashian's mother, Kris Jenner, in 2015 after more than two decades of marriage, opened up about her love for West, who notoriously announced his decision to run for president of the United States last month.

Caitlyn, who has remained out of the spotlight in recent years following her transition -- she was formerly known as Bruce Jenner on "Keeping Up with the Kardashians -- spoke up about West's latest campaign efforts.

KIM KARDASHIAN AND HER FAMILY ARE 'SHIELDING' HER FOUR KIDS: REPORTS

"I have just kind of watched it like everyone else. He's living up in Wyoming most of the time and so, I just wish him the best," Caitlyn said during an appearance on "Good Morning Britain."

The former reality star recently made headlines when she joked that she'd be up for running as West's running mate. Caitlyn insisted on "Good Morning Britain" that she was just kidding around, but shared that she supports West in his latest endeavors.

"He's a really good guy. He has been the most kind, loving human being and so good to me throughout the years especially going through everything I've been through in the last five years," Caitlyn added.

She said West has a "great heart" and concluded that, like "everyone else," he "deals with things in their lives."

"I really don't talk to them often. I just kind of deal with that," Caitlyn said.

Caitlyn shares Kendall and Kylie Jenner with Kris. He said he was fortunate that he has a lot of kids of his own to talk to but hinted that he wishes his relationship with Kim specifically was different.

"Kim I haven't talked to in six, nine months," Caitlyn revealed. "She's a great person...It's unfortunate because actually Kim was the first one I talked to about this issue...It's a big loss in my life not having her there anymore and, to me, it's sad."

"I love all my children," Caitlyn concluded.

All eyes continue to be on Kim and Kanye West, whose marital troubles were recently exposed by the rapper himself in a Twitter rant that went viral in recent weeks. Kim has recently been spotted boarding a jet with Kanye in Wyoming, according to reports. The couple shares four children -- daughters North, 7, and Chicago, 2, and sons, Saint, 4, and Psalm, 1.