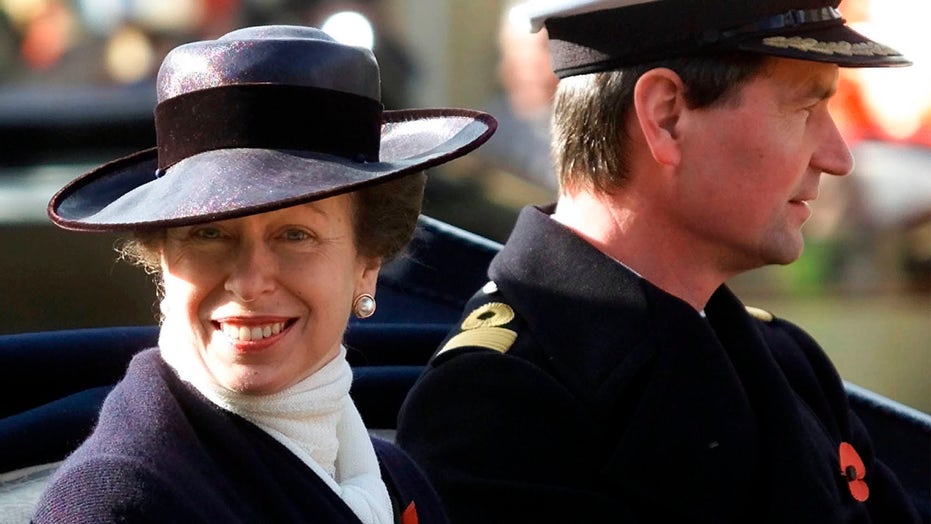 Princess Anne turns 70 on Saturday, and ahead of her special day, Buckingham Palace has released several new photos of Queen Elizabeth's only daughter.

In the first image shared to the royal family's official Twitter account, Anne is pictured wearing a green outfit as she gazes into the camera.

In a second photo, Anne -- wearing a plaid flannel and jeans -- stands in front of a tree and looks off into the distance.

MEGHAN MARKLE REFLECTS ON MOVING BACK TO THE U.S. DURING RACIAL UNREST

The pictures were taken by John Swannell at Anne's home in Gatcombe Park back in February, according to the tweet.

According to Anne's son-in-law, Mike Tindall -- he is married to Anne's daughter, Zara -- the family had planned to mark his mother-in-law's milestone in Scotland but alternative arrangements had to be made due to the coronavirus pandemic.

“I’m sure we’ll do something as a family to celebrate her 70 amazing years. She’s just an incredible woman in terms of how much work she can get through in the year,” the former England rugby player told the BBC earlier this week. “We will be doing something. As yet, I don’t know whether she knows, so my lips are sealed.”

FILE - In this Nov. 6, 2001 file photo, Britain's Princess Anne with her husband Commander Tim Lawrence ride in a ceremonial carriage through Windsor town centre, where they were guests of Queen Elizabeth II at Windsor Castle to welcome King Abdullah and Queen Rania of Jordan on their state visit to England. (AP Photo/Dave Caulkin/File)

As part of the birthday celebration, Anne has been the subject of an ITV television documentary, more than a year in the making. It features unseen family footage and conversations with her daughter, her son, Peter Phillips, and with her husband, Vice Admiral Tim Laurence.

PRINCESS ANNE URGES YOUNGER ROYALS TO ‘GO BACK TO BASICS’: ‘PLEASE DO NOT REINVENT THAT PARTICULAR WHEEL’

Anne, whose formal title is Princess Royal, is widely admired for her work ethic, sporting pedigree -- she competed as an equestrian in the 1976 Olympic Games -- and for a particularly dry British sense of humor that she donned with such effect during a kidnapping attempt in 1974.

FILE - In this Aug. 1951 file photo, Britain's Queen Elizabeth II, then Princess Elizabeth, stands with her husband Prince Philip, the Duke of Edinburgh, and their children Prince Charles and Princess Anne at Clarence House, the royal couple's London residence. (AP Photo/Eddie Worth, File)

Born on Aug. 15, 1950 at Clarence House, one of the royal family’s London residences, she is the younger sister of Prince Charles, the heir to the throne, and elder sibling to princes Andrew and Edward. She is currently 14th in the line of succession.