Amid reported strife with his wife, Julianne Hough, former NHL player Brooks Laich explained that he wants to focus on his sexuality in 2020.

The 36-year-old spoke on his podcast, “How Men Think” with co-host Gavin DeGraw, and doubled down on his previous promise to explore his sexuality this year.

“People think that sexuality is just the act of sex, of just having sex and there’s so much more to it. Here’s a question. This is an honest question for everybody in this room, and every single person listening: Are you fully 100 percent fully expressed in your true sexuality? With your partner? With everything? You could not imagine having a better sex life? Are you truly there?” Laich explained (via People). “I’m not either. So that’s what one of my goals this year is to really dive into. So then we’re all essentially — that’s a state of suffering.”

JULIANNE HOUGH AND BROOKS LAICH HAVE BEEN 'HAVING PROBLEMS': REPORTS

He continued: “We’re not 10s of 10s. It doesn’t mean you’re the best performer. It just means, ‘Are you fully expressed?’ Do you even know who you are sexually? And I truly, to my core, do not. But I’m super excited about that journey to really learn about sexuality and also get better at the performance of it, but also just the understanding of who I am, who my wife is, that sort of dance.”

This isn’t the first time that Laich has told fans that he plans to explore his sexuality in the coming months. In a revealing post to his Instagram Story in December, he included “more about intimacy and my sexuality” on a list of “2020 Goals.”

Laich's new goal comes months after his wife Hough revealed in the September cover issue of Women's Health that she is "not straight." She shared with the outlet what went through her mind when telling Laich about it four months after they had tied the knot. 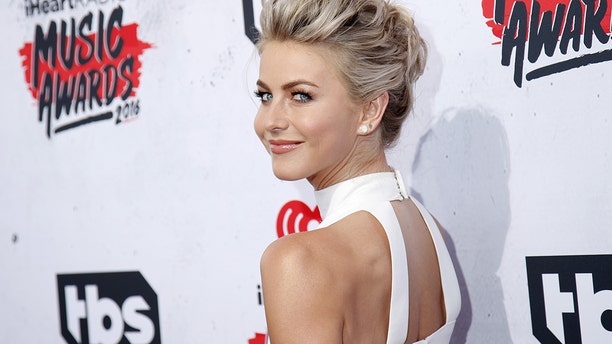 Although Hough was hesitant, she told the outlet that Laich ultimately remained by her side as she attempted to discuss her sexuality journey with him. However, rumors have been swirling that there’s trouble within their relationship after she shared a photo of herself decorating a Christmas tree alone without her wedding ring.