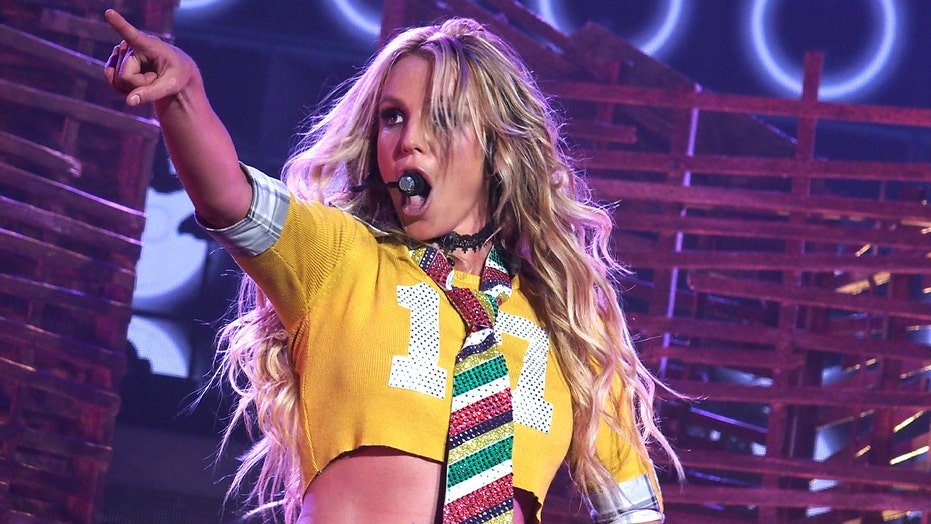 Wrather called Jamie's actions "barbaric" in an interview with Good Morning Britain on Friday. She said that she feels Jamie "caged" and "manipulated" her niece and should be "held accountable" for his actions.

"[Jamie's] barbaric. Who gets to do that to someone? She was just manipulated and used. And he wants to say he protected her? He caged her," Wrather said on the British news show.

"He swooped in at the perfect moment, when she was at her most vulnerable, to take control," she added in reference to the public breakdown Britney had in 2007 which prompted the pop star to be placed under a conservatorship in 2008.

'BRITNEY VS SPEARS': 5 THINGS WE LEARNED FROM THE DOCUMENTARY

Britney Spears has been under a conservatorship since 2008.  (Jeff Kravitz/FilmMagic)

"I don't think he was the hero. I think that he manipulated the situation and that he has benefited from the situation for over a decade," Wrather continued.

Jamie Spears was recently suspended as his daughter's conservator of estate. (Nick Ut)

A judge ruled in September that Jamie is to be suspended from her 13-year conservatorship. The judge also ordered control of all of Britney's assets to be turned over to a court-appointed temporary conservator – a certified public accountant named John Zabel.

WHAT’S NEXT IN BRITNEY SPEARS’ CONSERVATORSHIP AFTER HER FATHER IS SUSPENDED?

"Suspension is in the best interests of Britney Spears," Judge Brenda Penny told the court en masse. "The current situation is not tenable," she added.

Britney attorney, former federal prosecutor Mathew Rosengart, said that the singer "has been abused by [Jamie] for the last decade and since her childhood." (Jason LaVeris/FilmMagic)

Britney’s attorney, former federal prosecutor Mathew Rosengart, didn’t mince words in his defense of the pop star and told the court that Jamie should have been removed as conservator of her estate long ago.

Rosengart said Britney "wants, needs and deserves an orderly transition" and further argued that the singer "has been abused by this man for the last decade and since her childhood."

"Britney Spears testified under oath about James Spears' cruelty and toxic presence in her life," he told the judge. "There’s a mountain of evidence mandating his suspension."

A rep for Jamie, Vivian L. Thoreen, told Fox News, "Jamie does not answer to the court of public opinion; he answers to a court of law, the probate court. All of his actions were well within the parameters of the authority conferred upon him by the court. His actions were done with the knowledge and consent of Britney, her court-appointed attorney, and/or the court. Jamie’s record as conservator – and the court’s approval of his actions – speak for themselves."