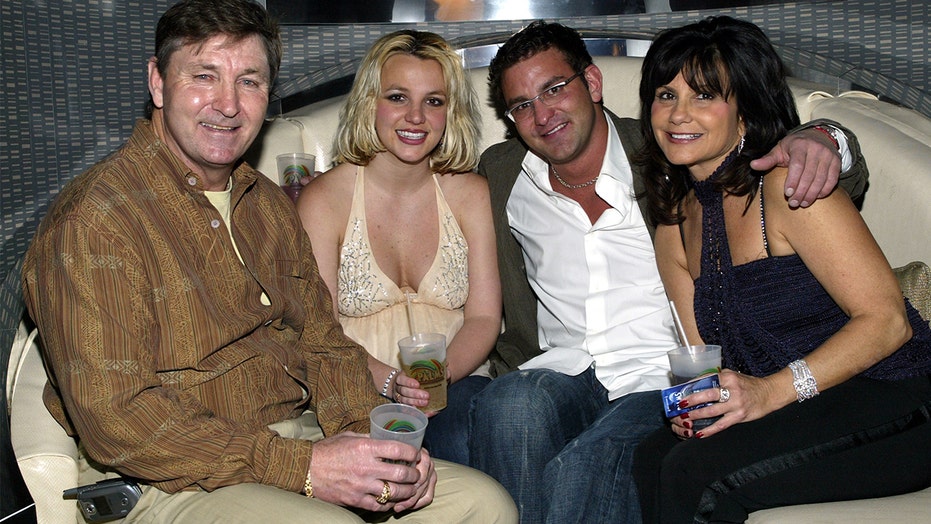 A judge has ruled to keep Bessemer Trust Co. as a co-conservator over Britney Spears' estate.

Following the Trust's establishment as co-conservator in November 2020, a judge has tossed Spears' father Jamie's objections to sharing conservatorship duties.

Spears' attorney Samuel D. Ingham III addressed the court on Thursday and said that he originally proposed the co-conservatorship between Bessemer and Jamie to give both parties "an equal division of responsibility, in the hopes that they would sit down and figure out together the best way to handle this complex estate for the benefit of my client."

"It’s no secret that my client does not want her father as co-conservator, but we recognize that removal is a separate issue," the attorney added, per Variety.

Britney Spears is currently under a conservatorship, giving authority of her estate over to someone else -- in her case, her father Jamie. (Photo by Kevin Mazur/Getty Images for The Intimate Britney Spears)

The lawyer indicated that Bessemer and Jamie should convene to develop a budget and investment plan for the pop star's estate.

Meanwhile, Jamie's attorney Vivian Lee Thoreen emphasized that Britney Spears asked for and agreed to her father's role early in the conservatorship.

Thoreen said that "Ms. Spears reflected in court papers that she wanted her father to be the sole conservator of her estate."

Britney Spears, who rarely appears in court, did not take part in part in the hearing. Additional hearings are expected to be heard on March 17 and April 27, per Variety.

In a statement obtained by Fox News on Thursday, Thoreen said, "The Probate Court’s rulings today show the court’s confidence in our client Jamie Spears and Bessemer Trust to manage the conservatorship of Ms. Spears’ estate together.

"My client looks forward to working with Bessemer to continue an investment strategy in the best interests of his daughter," the statement continued. "The Probate Court is highly experienced in these matters and takes them very seriously. From the beginning, the court has closely monitored Britney’s situation, including annual accountings and in-depth reviews and recommendations from a highly experienced and dedicated court investigator. Britney’s Conservatorship of the Estate was co-managed by a private professional fiduciary and her father until early 2019.

"At that time, Britney requested in court papers that her father be the sole conservator of her estate. Her Conservatorship of the Person is not managed by her father but by a licensed personal care professional, and is similarly subject to the scrutiny of interviews, audits and detailed reports to the judge by the court investigator. My client Jamie Spears has diligently and professionally carried out his duties as one of Britney’s conservators, and his love for his daughter and dedication to protecting her is clearly apparent to the court," the statement concluded.

Reps for Spears did not immediately respond to Fox News' request for comment.

The legal guardianship has been in effect since her public breakdown over a decade ago and has given conservators -- Jamie for the majority of its existence -- control over the star's estate, including her fortune.

The long-lasting legal situation has sparked calls from fans to release Spears from the conservatorship via the #FreeBritney campaign, which saw its flames further fueled by the recent release of the unauthorized documentary "Framing Britney Spears," which examined her life and career, including her legal woes.

Supporters of the #FreeBritney campaign protested outside of the downtown Los Angeles courthouse during the hearing, though Jamie and the attorneys participated via phone and video.

A dog belonging to a Britney Spears supporter walks by a 'Free Britney' sign outside a court hearing concerning the pop singer's conservatorship at the Stanley Mosk Courthouse, Thursday, Feb. 11, 2021, in Los Angeles. (AP Photo/Chris Pizzello)

Last summer, it was reported that Spears is "strongly opposed" to her father resuming duties as her sole conservator.

Ingham has hinted that Spears may seek termination of the conservatorship in the future.