The 55-year-old actor is following up his attention-grabbing role alongside Leonardo DiCaprio in Quentin Tarantino’s “Once Upon a Time in Hollywood” with the space epic “Ad Astra.” Premiering at the 2019 Venice Film Festival, Pitt plays Roy McBride, an astronaut who has to travel to the edge of space to uncover the truth about his father, played by Tommy Lee Jones, who people believe may have triggered some kind of catastrophic event that threatens the solar system.

Speaking to The Daily Beast, Pitt explained that toxic masculinity was a topic that kept coming up as he was discussing the film with director James Gray.

“In retrospect, I look back on our early conversations—James and I—and what we were really digging at, without labeling it so much, was this definition of masculinity,” Pitt explained. “Having grown up in an era where we were taught to be strong, not show weakness, don’t be disrespected, and so on and so forth, there’s certain value in that as far as entering into the world and holding your own, but there’s also a barrier that’s created with this kind of embracing of the self, because you’re denying, to a sense, those pains or the things [that make] you feel shame, whether real or imagined, the regrets in one’s life.”

The protagonist of the film must piece together his own father’s story in an effort to save the universe. Apparently, that got the duo thinking about the concept of one’s legacy and how being open emotionally factors into that.

“Looking back, we were asking the question: Does actually being more open provide you with a better relationship with your loved ones, with your parents, with your kids, and with yourself?” he concluded.

The actor previously discussed the concept of masculinity while promoting “Once Upon a Time in Hollywood.” 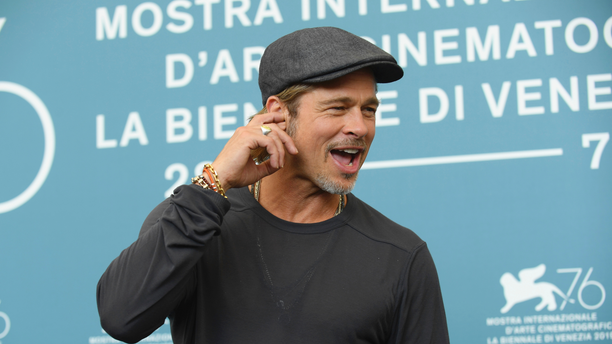 "When I started, I loved Mickey Rourke and Sean Penn," Pitt recalled in an interview with The Sunday Times. "I loved them because there was a toughness to them, which was how the male I'd grown up being taught about was meant to be. But they were also vulnerable, raw and open, and I always appreciated that."

Pitt continued noting that things like the #MeToo movement have made way for a new kind of masculinity in Hollywood.

“What I see now is a new masculinity, especially with people who have gone through Hollywood and its recalibration, a new male who is more vulnerable," he said. "I'm not talking mushiness — I mean a man who owns his own flaws and is aware of them and open about it.