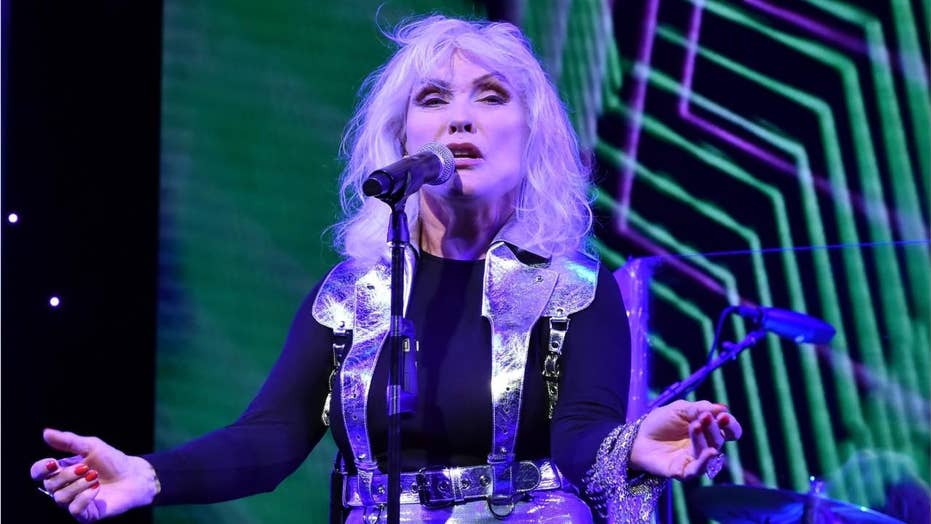 The rock group Blondie turned New York City into its own playground. Debbie Harry was the lead singer of the group, and helped the band push past the limitations of the music industry in the 70s. In her new book, Harry recalls Blondie’s meteroric rise to the top.

Debbie Harry has no qualms opening up about her past heroin addiction.

“It wasn’t like I was, what’s her name? She didn’t want to go to rehab,” continued the 74-year-old about how drugs never consumed her life in the way that it impacted late singer Amy Winehouse.

“Drugs are a funny thing,” said Harry. “The thing that drove me away from taking them was having to acquire them and what a drag that was. It was kind of a full-time occupation and a waste of time. It became unpleasant. Luckily for me, I was able to handle the withdrawal.”

These days, Harry is focused on her health. According to the outlet, the star works out twice a week with a trainer and eats “mainly raw foods.”

VAL KILMER SAYS EX CHER ‘STEPPED IN AND STEPPED UP’ DURING HIS CANCER BATTLE: ‘I PRAYED IMMEDIATELY’

The outlet noted that in the past Harry has admitted to having facelifts.

“If it makes you feel better and look better and work better, that’s what it’s all about,” she reflected.

But when asked if she’s happier now than she was in her 20s, Harry responded: “There’s [still] some dissatisfaction and hopelessness. It varies by the day.”

Harry shared that a conventional life involving a husband and children never seemed appealing. She spends her time living in New York City with her dogs while writing music, painting, reading and dating.

“There are less men around for people my age, though,” said Harry. “They’re all married with children. What’s wrong with them? I think what’s going on, there’s more extra-marital relationships and maybe that’s the right way. I’m looking for something really chemical.”

CLAUDIA SCHIFFER SAYS SECURITY ONCE GUARDED HER UNDERWEAR TO STOP THIEVES: 'IT WAS INSANE'

In a recently published memoir titled “Face it,” the music legend revealed she was once raped at knifepoint.

Harry said she and then-boyfriend Chris Stein were tied up by an armed robber.

According to the book, Harry also endured a relationship with a violent ex-boyfriend who later became her stalker. She also wrote about a kidnap attempt by a man whom she believes was serial killer Ted Bundy.

Harry said a friend helped her cope with the horrifying experiences over the years.

“I have a friend who is a great example to me,” Harry explained. “I used to be all morbid about things and this friend would say, ‘Well, I’ve got five minutes for that,’ and then she’d move on. For a while, I wondered how she did it, but I took a lesson from it and managed to make it work for me.”

“I can’t always make it work,” Harry shared. “Sometimes I live with this darkness or idea of impossibility, but I was in a great relationship [with Stein] at the time and we supported each other through it.”