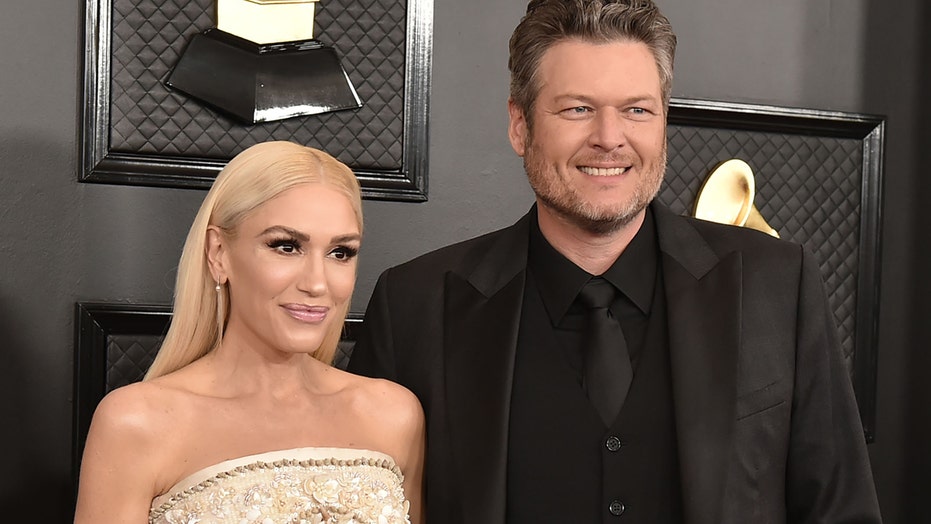 Blake Shelton is out of his element in Los Angeles.

The 44-year-old country crooner famously spends his time on a ranch in Oklahoma, where he and his fiancée Gwen Stefani quarantined during the coronavirus pandemic.

The "God's Country" singer recently spoke with Apple Music's Zane Lowe about his life with Stefani in L.A., how his time as a coach on "The Voice" has thrust him into the spotlight and how he makes it in the City of Angels.

"I should never go to a restaurant on a day where I'm not up to someone approaching me. That's on me …" said the star of becoming more famous after the musical competition show debuted, noting that he's seen other artists turn down fans' requests for interactions, which ultimately makes him feel bad.

"Because this person, it's their one chance in their life that they're going to get a chance to say something that they wanted to say to this person. Yeah, and it's hard for them too," he admitted. "And so I always just feel like, hey, look, if I go somewhere, then it must mean that I'm ready to high-five some people when I get out there."

Blake Shelton joked that he lives off of Gwen Stefani when staying in Los Angeles. (Photo by David Crotty/Patrick McMullan via Getty Images)

"But you know what, I'm weird anyway. I live out in the middle of nowhere in Oklahoma," the singer added. "And I mean, I am in L.A. half the time, but I'm pretty much a slug here. I live off of Gwen here and I just hide in the house so I got it pretty good."

He then gushed over Stefani, 51, and said that though he's worked with on several songs, he's "still not really over that hump" of the excitement of having worked with the lauded singer-songwriter.

He also recalled working on their song "Go Ahead and Break My Heart" during their relationship's early days.

"I remember at that time we were just starting to see each other and we were both going through horrible breakups, divorces, horrible in that it was just sad," he recalled. "And there was times where Gwen and I would be like, 'Are we rebounding here? Is that what we're doing together? Because this makes no sense.'"

In fact, Shelton said that he and the No Doubt frontwoman would discuss their relationship, explaining that they're just "getting over [their] crap with each other." Stefani had recently split from Gavin Rossdale while Shelton had split from Miranda Lambert.

"And so that's where that song was born out of, and it was interesting because all of a sudden there was this girl that I was just starting to see and spend time with and that I was obviously crazy about," the singer gushed.