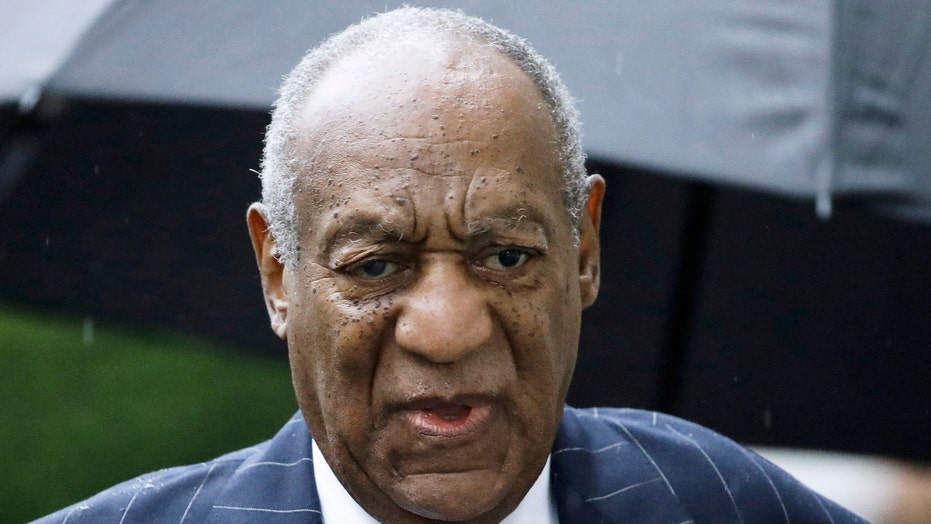 A new mugshot of Bill Cosby has circulated online.

On Tuesday, a prison photo was released, which was reportedly taken of Cosby last month as he serves time at the State Correctional Institution in Collegeville, Pa.

The 83-year-old is behind bars for three to 10 years after being convicted in 2018 of drugging and sexually assaulting a woman at his home in 2004.

Officials at the prison told TMZ that new mugshots are taken of prisoners as their appearances change over time.

In the photo, Cosby is looking down as he appears to smile slightly. He's wearing a maroon shirt and a mask around his neck because of the coronavirus pandemic.

The picture divided social media, with some sympathizing with the aging actor, as others remained steady in their beliefs that justice for his victims was served.

"Man Free Bill. He is only in jail because he black and was about to buy CBS. Yall stay saying protect black women but black men are not protected," wrote a fan on Instagram.

Another suggested, "How is this man any threat to society. He can serve the balance of his sentence on probation or house arrest."

"This is sad and this shouldn’t have been posted. Feel bad for him," said a user. Meanwhile, others felt the opposite.

"The shade room posted Bill Cosby’s mugshot today and the comments were filled with people saying Free Bill. Do y’all ever think of how the victims feel? This man drugged and raped them and now they have to get on the internet and see thousands of strangers saying free him. Smh," wrote one person.

"The reason Harvey Weinstein and Bill Cosby are each old while they’re in prison is b/c it took decades for their victims to get justice. If your sympathy lies w/ rapists instead of survivors, ask yourself why," pointed out someone else.

FILE - In this Sept. 25, 2018, file photo, Bill Cosby arrives for a sentencing hearing following his sexual assault conviction at the Montgomery County Courthouse in Norristown Pa. Cosby, 83, is two years into a three- to 10-year prison term. The Pennsylvania Supreme Court will hear his appeal of his felony sex assault conviction on Dec. 1, 2020. (AP Photo/Matt Rourke, File)

Wrote another person, "I’m tryna figure out why Bill Cosby is getting sympathy. Maybe I’m missing something...."

Another argued, "He was finally held accountable. He lived a well appointed life prior to his conviction, but his victims lived with the pain. No...Keep Bill Locked Up."

The disgraced comedian has been accused of sexual assault by dozens of women, and he was deemed a sexually violent predator by his trial judge.