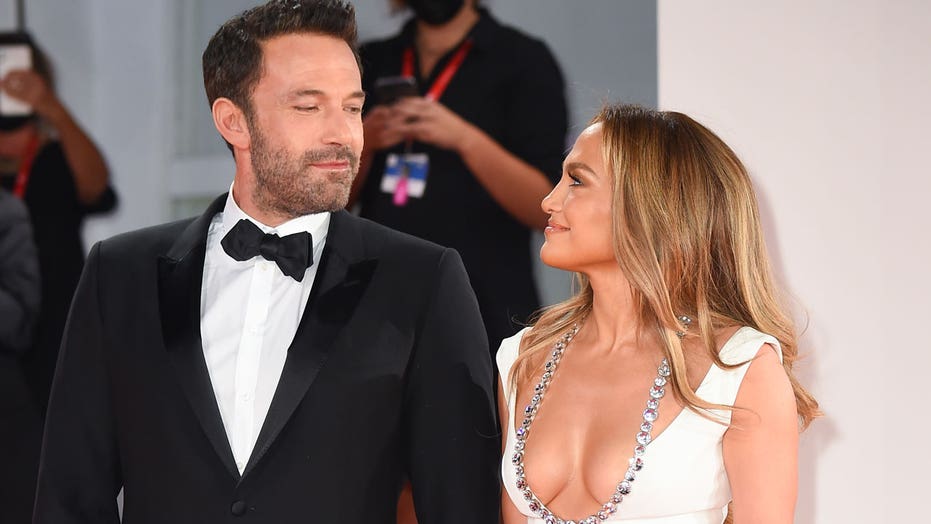 Ben Affleck proved that he isn’t one to mess with when it comes to protecting his girlfriend, Jennifer Lopez.

The 49-year-old actor had to physically stave off an overzealous fan who tried a little too hard to get a selfie with Lopez while the duo was on their way out of the Venice film festival over the weekend.

Images show the maskless fan with a large, bushy beard approach the couple as they were walking and get right up in their personal space with his camera to try and get a selfie. Reacting quickly, Affleck gently but firmly pushed the man back with both hands and kept them extended so that he stayed a reasonable distance away. Lopez, meanwhile, took a step back and looked somewhat surprised as the confrontation unfolded in front of her.

Fortunately, things didn’t get any more intense than that as the couple’s personal bodyguard then stepped in, grabbed the man by his wrists and escorted him a safe distance away. With that, Page Six reports that Affleck grabbed JLo’s hand and escorted her the rest of the way to their destination, undeterred by yet another awkward fan encounter.

Ben Affleck holds back a fan who tried to get a selfie with his girlfriend, Jennifer Lopez. (TheImageDirect)

The exciting confrontation capped off an eventful trip to Italy for the couple, who made their triumphant return to the red carpet as a couple at the premiere of "The Last Duel," where Affleck plays the role of Count Pierre of Alencon in the historical drama. In addition, he co-wrote the Ridley Scott-directed film with his good friend and frequent collaborator Matt Damon.

Ben Affleck held back a fan who tried to get a selfie with Jennifer Lopez before their bodyguard stepped in. (TheImageDirect.com)

Damon has previously spoken publicly about his friend’s rekindled romance with Lopez, most recently on "The Carlos Watson Show" where he noted that no one is "pulling harder" for them than he is.

"They're both great," he added. "I just want for their happiness. They seem pretty happy right now."

Lopez and Affleck rekindled their relationship after the singer and her fiancé, Alex Rodriguez, called it quits in April. The couple was previously engaged for roughly two years. The two split in 2004 and Affleck went on to marry actress Jennifer Garner in 2005. The pair – who share three children together – divorced in 2018. Meanwhile, Lopez shares Max and Emme with ex-husband Marc Anthony.