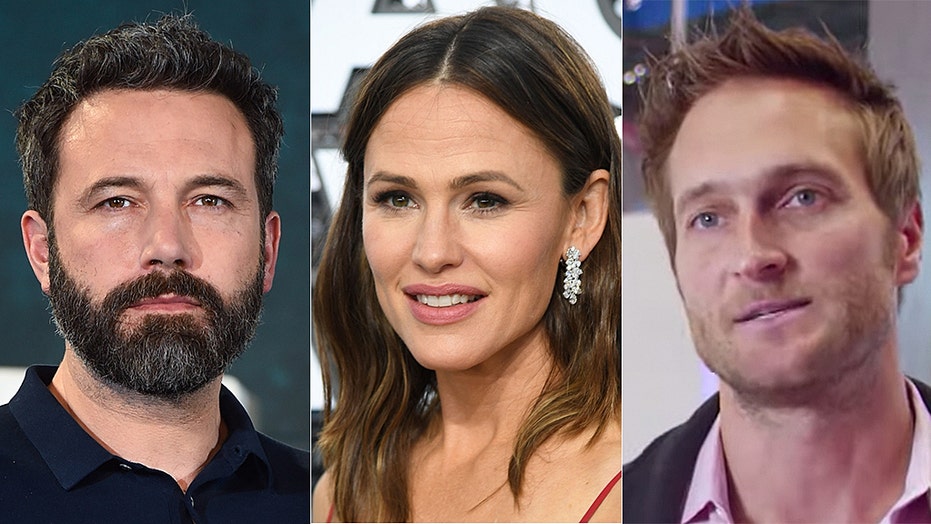 Ben Affleck has praised his ex-wife Jennifer Garner in a series of interviews this week, but there's another man in her life who isn't too pleased about it.

Garner, 47, has reportedly been dating businessman John Miller since 2018. While the actress has yet to discuss details of her current relationship publicly, a new report claims Miller feels "uncomfortable" over Affleck's recent interviews in which he speaks highly of Garner.

"John is empathetic to Ben's struggles with sobriety, but he worries about how Jennifer has once again become the focus," a source told Us Weekly. "The spotlight on Jennifer is intense, and Ben needs to consider her feelings before speaking so publicly."

Ben Affleck and Jennifer Garner split in 2015 after 10 years of marriage. Their divorce was finalized in 2018. (Getty )

Affleck has been promoting his upcoming movie, "The Way Back," in which he portrays Jack Cunningham, a former basketball player-turned-coach who battles alcoholism.

An admitted alcoholic himself, Affleck, 47, opened up this week about how his substance abuse led to the demise of his 10-year marriage to Garner.

“The biggest regret of my life is this divorce,” Affleck revealed to the New York Times, explaining that while he still feels guilt over the split, he's moved beyond the shame. “Shame is really toxic. There is no positive byproduct of shame. It’s just stewing in a toxic, hideous feeling of low self-worth and self-loathing.”

The actor also called himself "very lucky" to be able to call Garner the mother of his children in a recent interview with People.

Although Garner's boyfriend is supportive of the exes co-parenting their three children, Violet, 14, Seraphina, 11, and Samuel, 7, the actor's comments have left him worried, the source told the magazine.

"John believes Ben would remarry Jennifer if she wanted to get back together," the insider said. According to the source, Miller wants to tie the knot to Garner, but she isn't yet ready.

BEN AFFLECK OPENS UP ABOUT TAKING ANTIDEPRESSANTS SINCE HE WAS 26: 'THEY'RE VERY HELPFUL FOR ME'

Affleck admitted this week he "drank relatively normally" for most of his marriage, but in 2015 or 2016, he began to drink more heavily, which "created more marital problems."

Garner reportedly staged an intervention for Affleck in 2018, which resulted in his third stint in rehab.