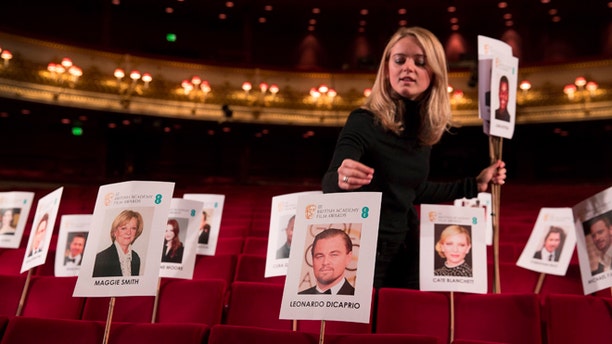 In another sign that the diversity debate within the film biz shows no sign of abating, a number of protesters are expected to stage a “peaceful” demonstration outside the British Academy of Film and Television Awards on Feb. 14.

Creatives of Colour, an org led by thesp-scribe Leon Herbert (“Aliens 3,” “Batman”), will be protesting outside of London’s Royal Opera House ahead of the BAFTA awards on Sunday night in a bid to draw attention to a lack of “diversity, opportunity and inclusion” within Blighty’s film and TV biz.

The group has already been using the hashtag #BaftaBlackout in advance of the protest, echoing the sentiment of #OscarsSoWhite, which was unleashed across social media soon after 2016 Oscar noms saw an all-Caucasian line-up provoke wider conversations about the lack of diversity within the industry.

Herbert, who said on a video released on Vimeo that the U.K. film and TV industry was “pale, male and stale,” approached BAFTA chief Amanda Berry to discuss the protest.

“His aim is to stage a peaceful protest, highlighting the importance of opportunity for all, and I support that message,” Berry told Variety.

But BAFTA, unlike this year’s Academy Awards, can already boast a more diverse and inclusive list of nominees. Oscar-snubbed Idris Elba and Benicio del Toro are both up for Best Supporting Actor for their respective roles in “Beasts of No Nation” and “Sicario,” while 1950s-set lesbian love story “Carol,” which has widely won over global critics since it played in competish at the Cannes Film Festival last year, is up for nine BAFTA noms (the same as “The Revenant”) including Best Picture, a category for which it was overlooked at the Oscars.

BAFTA, which is an independent charity, announced last summer that it would be circulating a diversity survey amongst its members – long before the 2016 Oscar furore – in a bid to seek out a more detailed insight into its membership. The anonymous and voluntary survey, which was emailed to U.K.-based members of its 6,500-strong membership on Jan. 20 (taking advantage of online engagement with members around awards voting) and closed earlier this week, asked questions about age, gender, socio-economic background, disability, ethnicity, religion and sexual orientation.

Despite media reports to the contrary, BAFTA has not actively chosen to increase the number of ethnic minority stars to present awards at the kudofest — a move which would suggest “tokenism” — but rather maintains it will continue to deliver a program as diverse as possible.