An Atlanta prosecutor is considering whether or not to open an investigation into James Brown's death after a woman came forward claiming another person was involved, his spokesman said.

Brown, known as the Godfather of Soul, was 73 when he died of heart failure on Christmas day in 2006 in Atlanta, less than two days after being hospitalized for treatment of pneumonia.

A woman named Jacque Hollander contacted Fulton County District Attorney Paul Howard's office to request a meeting, claiming Brown's death was caused by another person, according to the prosecutor's spokesman Chris Hopper. Howard met with Hollander on Wednesday and accepted a bin of materials she said related to Brown's death. 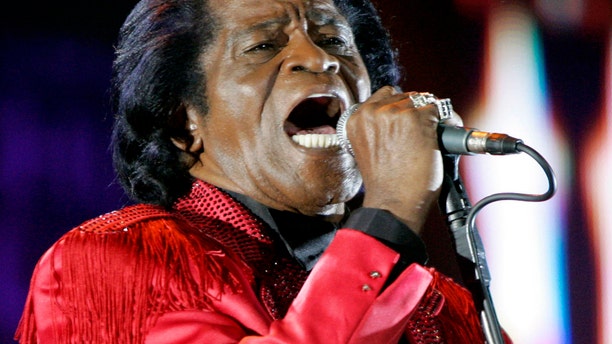 In this July 6, 2005 file photo, James Brown performs on stage during the Live 8 concert at Murrayfield Stadium in Edinburgh, Scotland.  (AP)

Howard will look at the materials Hollander brought and will decide whether to open an investigation, Hopper said.

Along with Elvis Presley, Bob Dylan and a handful of others, Brown was one of the major musical influences of the past 50 years. At least one generation idolized him, and sometimes openly copied him. His rapid-footed dancing inspired Mick Jagger and Michael Jackson among others. Songs such as David Bowie's "Fame," Prince's "Kiss," George Clinton's "Atomic Dog" and Sly and the Family Stone's "Sing a Simple Song" were clearly based on Brown's rhythms and vocal style.

His hit singles include such classics as "Out of Sight," "(Get Up I Feel Like Being a) Sex Machine," "I Got You (I Feel Good)" and "Say It Loud — I'm Black and I'm Proud," a landmark 1968 statement of racial pride.

He won a Grammy award for lifetime achievement in 1992, as well as Grammys in 1965 for "Papa's Got a Brand New Bag" (best R&B recording) and for "Living In America" in 1987 (best R&B vocal performance, male.) He was one of the initial artists inducted into the Rock and Roll Hall of Fame in 1986, along with Presley, Chuck Berry and other founding fathers.