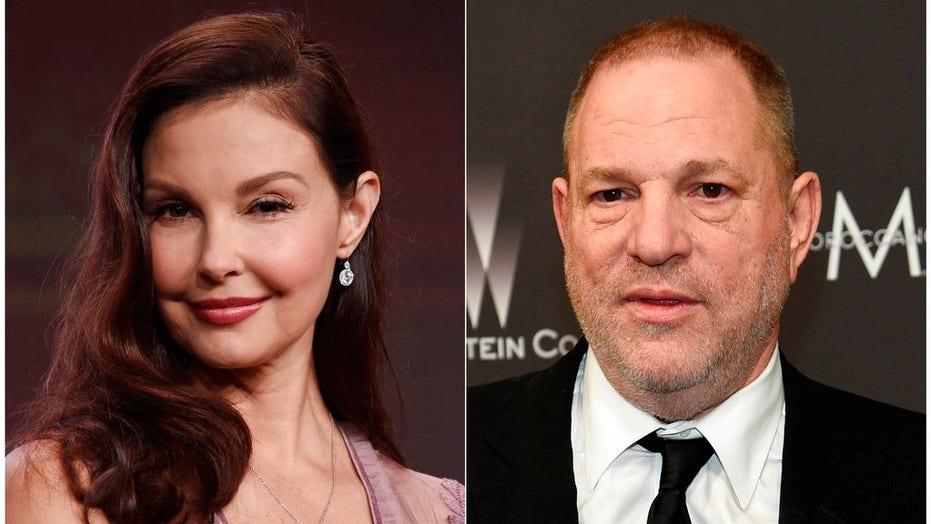 A federal appeals court has ruled that Ashley Judd can in fact sue Harvey Weinstein for sexual harassment.

A lower court judge had previously tossed the sexual harassment portion of the suit, but allowed Judd, 52, to sue the movie mogul for defamation.

The appeals court found that Weinstein, now 68, held power over the actress that made her eligible to carry out the suit under California law.

The "De-Lovely" star originally filed the lawsuit in 2018, alleging that the producer smeared her in Hollywood, calling her a "nightmare" to work with after she rejected to watch him shower and give him a massage in a late 1990s encounter.

Ashley Judd's sexual harassment suit against Harvey Weinstein has been revived by an appeals court. (AP)

Her legal team sued under a law that prohibits those with professional power -- outside of employers -- from sexual harassment.

Ultimately, the courts decided that because Judd was not working for the producer, her case stands.

"Weinstein was uniquely situated to exercise coercive power or leverage over Judd, who was a young actor at the beginning of her career at the time of the alleged harassment,” wrote U.S. District Judge Mary Murguia in the opinion. “Moreover, given Weinstein’s highly influential and ‘unavoidable’ presence in the film industry, the relationship was one that would have been difficult to terminate ‘without tangible hardship’ to Judd, whose livelihood as an actor depended on being cast for roles.”

Judd's lawyer explained that the suit is meant to broaden the law into the Hollywood landscape.

“This is an important victory not only for Ms. Judd but for all victims of sexual harassment in professional relationships," Judd's attorney Theodore Boutrous Jr. said in a statement. "The court correctly holds that California law forbids sexual harassment and retaliation by film producers and others in powerful positions, even outside the employment context, and we look forward to pursuing this claim against Mr. Weinstein at trial.”

Harvey Weinstein has been convicted of rape and sexual assault in New York and faces similar charges in California. (AP Photo/Mary Altaffer, File)

Reps for Weinstein did not immediately respond to Fox News' request for comment.

Judd brought the suit against Weinstein after director Peter Jackson revealed the producer warned him against casting the actress in the "Lord of the Rings" franchise.

Her story, which she shared with the New York Times, were among those that helped the #MeToo gain widespread attention.

The case was on hold until his criminal trial in New York -- in which he was convicted of rape and sexual assault against two women -- was completed.