Annette Funicello’s daughter reflects on life with original Mouseketeer: ‘We laughed until we cried’

The legendary Disney Mouseketeer passed away in 2013 from complications due to multiple sclerosis, a disease she battled for more than 25 years. She was 70 years old.

Bleifer, 54, told Closer Weekly for the magazine’s latest issue there is one memory of her famous mother that still makes her smile today.

At the time, Bleifer and a friend came home from a high school dance one night in the ‘80s when they heard loud music blasting from her bedroom.

“We opened the door to find my mom sitting at my desk, fake microphone in hand, singing ‘The Best of Times’ by Styx at the top of her lungs,” Bleifer recalled to the outlet. “We laughed until we cried.” 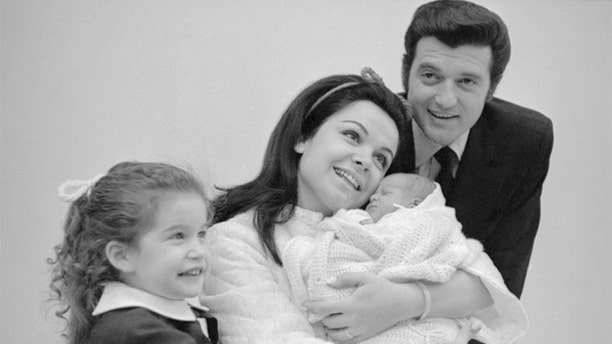 Bleifer’s brothers Jack Jr., 49, and Jason, 45, also shared they have wonderful childhood memories, all thanks to Funicello.

“She was very loving and family-oriented,” Jason told the magazine. “She always preferred spending time with her family over living the Hollywood life.”

“She was the best — sweet, beautiful and patient yet stern,” added Bleifer. “We had rules, and we were given so much love.”

Bleifer also revealed that despite her mother’s many accomplishments, her biggest goal was to become a hands-on parent.

“Her dream in life was always to be a mom,” she explained. “I found an old letter the other day where she told her friend that she thought she might be pregnant [with me]. She was beyond thrilled to have a baby as this was what she had been praying for. Reading her words made me cry and miss her so much.” 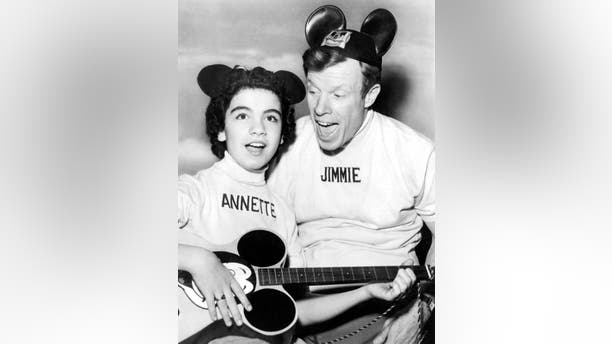 In March 2018, those who knew Funicello told Closer Weekly just as the star charmed fans with her sweet, sunny personality on screen, she was genuinely the real deal.

“All of us were picked because we were the kids next door,” fellow Mouseketeer Tommy Cole told the outlet at the time. “Annette’s squeaky-clean image wasn’t fake. She was a genuinely nice person.”

Cole also revealed that even after “The Mickey Mouse Club” came to an end in 1959, the cast stayed in touch over the years.

“It didn’t matter where Annette was, the Little League field or the Academy Awards, she was always effortlessly genuine,” added Paul Peterson.

Cole, who would later become a makeup artist, revealed Funicello always kept her fans in mind. When he told his beloved friend to update her famous eyebrows for a new look, Funicello refused. 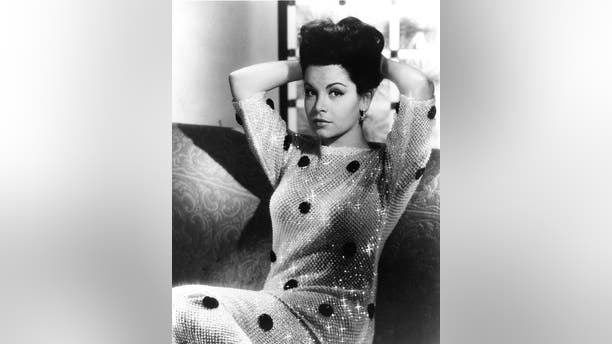 “She didn’t want to change her image,” he said. “'[My fans are] used to seeing me a certain way,’ she explained. ‘I don’t want to hurt them or have them feel like I’ve done something wrong.'"

Peterson even shared Funicello may have wanted to keep her MS diagnosis a secret to avoid hurting her fans.

“She was hesitant to disclose her illness because she was afraid people wouldn’t love her,” said Peterson.

Still, Funicello would come forward in 1992. She hoped her story would help others facing the same health battle.

And even then, Funicello remained devoted to her loved ones. 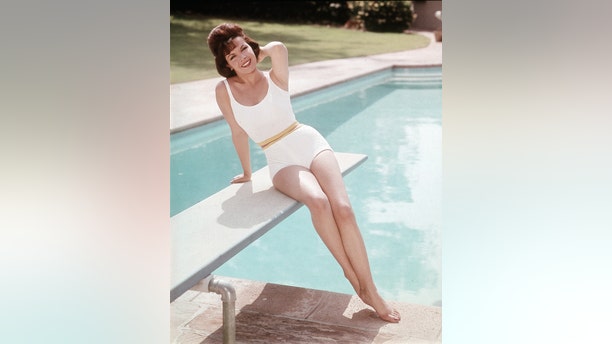 “My wife went through back surgery and was in bed for over a year,” said Cole. “Annette was sick and getting sicker, but she called my wife to make her feel better. That’s the kind of person she was.”

“She was still beautiful, even in a wheelchair,” added Mouseketeer Johnny Crawford. “I wish I could talk to her again.”

Funicello is still remembered by fans for her time on the iconic Disney show.

Funicello would go on to appear in Disney films, such as “The Shaggy Dog” and “Babes in Toyland,” among others. 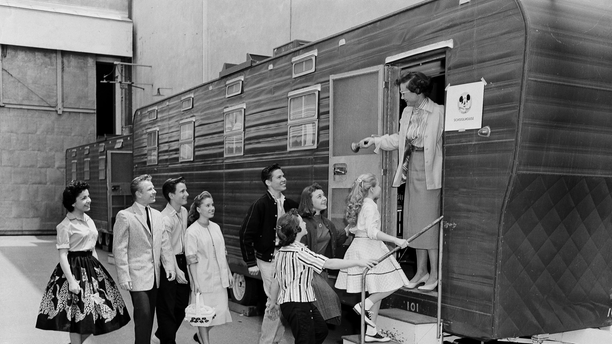 In this Aug 20, 1957, file photo, Walt Disney's Mouseketeers enter a large trailer that serves as their school on the Disney lot in Hollywood, Calif. Greeting them is their teacher Jean Seaman of the Los Angeles Public School System. Jimmy Dodd, red-haired and fortyish, is master of Mouseketeer ceremonies. Mouseketeer Annette Funicello can be seen at far left. (Photo by AP/Ernest K. Bennett)

She also became a recording star, singing on 15 albums and hit singles, such as “Tall Paul” and “Pineapple Princess.”

She remembered in 1987: “Mr. Disney said to me one day, ‘Annette, I have a favor to ask of you. I know all the girls are wearing bikinis, but you have an image to uphold. I would appreciate it if you would wear a one-piece suit.’ I did, and I never regretted it.”

Funicello would later admit it became difficult at times to face her illness.

“I get down sometimes — I’m not going to lie to you and say ‘No, it doesn’t bother me at all,’” Funicello told ET at the time. “Some days it does, when you think, ‘Why me? Why me? I’ve never intentionally hurt anybody.' But there’s a reason. There’s a reason for everything. And maybe I can help others.” 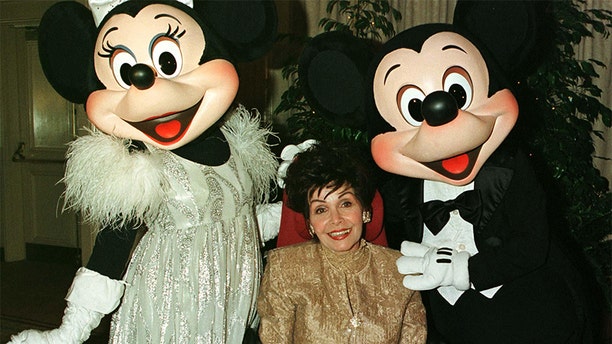 Funicello revealed she received plenty of support from fans and friends, including Frankie Avalon, as well as Frank Sinatra and his wife Barbara.

“Now I’m not embarrassed to ask for a wheelchair,” she said. “That’s another plus. So you try to find the good things that come out of anything, and there are good things.”

Funicello would continue to speak openly about the degenerative effects of MS.

She added, “I’ve always been religious. This just makes me appreciate the Lord even more because things could always be worse. I know he will see me through this.”