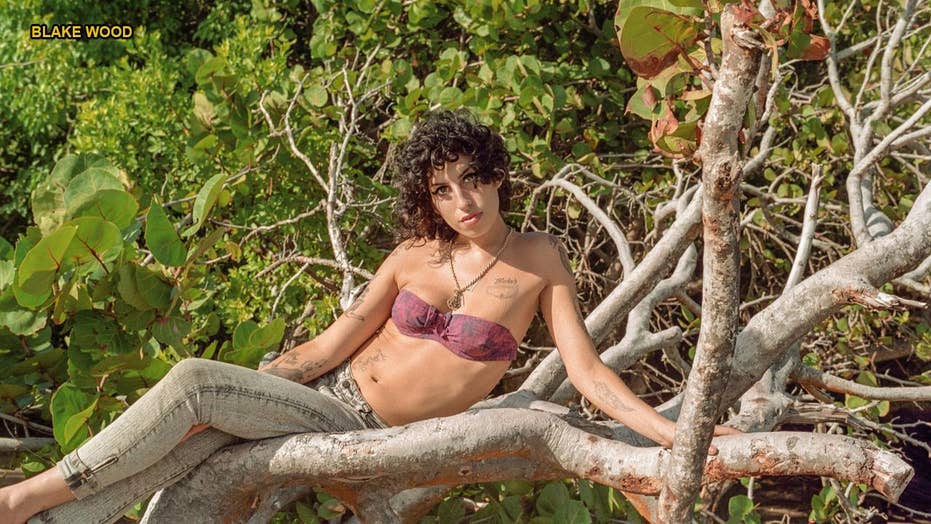 Photographer Blake Wood, who was close friends with Amy Winehouse, recently released a new book featuring previously unseen personal photos of the late British singer. The rare images aim to capture a lighter side of Winehouse than was typically depicted in the media.

The world knew of Amy Winehouse’s tumultuous marriage to Blake Fielder-Civil, the Sid to her Nancy — but the British soul singer had a little-known relationship with another Blake.

Blake Wood was a 22-year-old photographer from Vermont when he moved to London in 2008 and met the Grammy winner through mutual friend Kelly Osbourne. The two became inseparable until Winehouse’s death at age 27 in 2011 from alcohol poisoning.

Earlier this year, Wood published a book simply titled “Amy Winehouse,” a collection of previously unseen personal photos taken during their time together in London, Paris and Saint Lucia. The rare images aim to capture a lighter side of Winehouse, who is often depicted in the press as a drug-fueled tragic figure who suffered a public collapse before joining the infamous 27 Club.

Wood told Fox News he finally felt ready to revisit the close bond he once shared with Winehouse.

Blake Wood said Amy Winehouse was a blonde when he first met her. (Blake Wood)

“I think I was at a point where I was ready to look at the photographs again,” he explained. “They’ve been in my closet for almost a decade. I was at a point in my grief where I could revisit it. And upon revisiting it, I thought it would actually be a way to honor her if I share these images and I hope, help change the discussion and narrative around Amy.”

Wood admitted that the first time he met Winehouse in Osbourne’s house, he was too shy to approach the charismatic singer.

“She walked right up to me and said, ‘Hi, I’m Amy,’” he recalled. “Very confident… But very quickly, we just had chemistry, the kind that you really can’t explain when you meet someone. We just ran with it.”

“She was kind,” he said. “Her selflessness was unlike anyone I’ve ever met. She was extremely smart and funny. Always 10 steps ahead of you. She always knew where you were going and would beat you to it. Her wit was incredible. Very wise for her age. Knew so much about music, knew so much about jazz… She was always pushing me to make work.  We were both at our happiest when we were creating.”

Wood said that by the second week of their friendship, he started casually photographing Winehouse.

“Amy went down to Saint Lucia and asked me to come,” he said. “I came down a few days later from London. We ended up staying in Saint Lucia for three months... It was really the first time we were able to experience our friendship. We were able to be far away from the kind of negativity that was going on in London by the press, and whatever that brought with it. Scrutiny, anxiety.”

During their tropical getaway, Winehouse unveiled a new side to herself for Wood. Gone was her towering beehive in replacement of her natural, chin-sweeping curly mane. In Wood’s images, Winehouse appears healthy and completely blissful — a far cry from the media’s depiction of her.

“I think that side you see is who she was,” Wood explained. “I think the image that was portrayed in the media… that was a small piece of what someone was going through. It’s not who they are. I think these images captured who she was to me as a friend. You’re seeing her looking at me and me looking right back at her.”

Wood said he was aware Winehouse was struggling with drug addiction. However, he tried to be there as a friend as media scrutiny intensified while she tried to cope with fame.

“When I met her, there were times certainly where it was life or death,” he said. “Addiction is such a horrible disease and to see someone suffer from that, you just try to help them the best that you can… And I think there was a stigma, especially in that time in England, around seeking help with addiction. People were labeled crazy if they wanted to see a therapist. And me coming from America and being raised by a therapist, it never was an issue for me to discuss.”

The New York Times reported that as her song “Rehab” was still climbing the charts, Winehouse made headlines for drug binges and arrests that left her hospitalized.

“I do know day to day, it was very difficult," said Wood, who stressed Winehouse was sober during their trip. "You would open the door and there were hounds of photographers trying to create their own narrative of you instead of asking, ‘How can we help you?’ They were literally out for blood. And that energy was very scary to be around. It was horrible for her. I wish I could have taken that away. I did the best I could to support her at that time. She wanted nothing more than to walk down the street and take the subway. She wanted some normalcy in her life. I did try to bring that to her.”

And Winehouse was determined to kick her drug habit. In 2000, The Telegraph reported Winehouse was compelled to turn her life around after seeing horrifying images of herself in newspapers.

Wood insisted Winehouse’s willingness to quit drugs is seemingly forgotten. The Washington Post reported that at the time of Winehouse's death there were no illegal drugs in her system.

“To see her overcome drug use was huge,” he said. “But that wasn’t really talked about. Not that it was anybody’s business, but now that we’re looking back on her life, I think it’s important to see these amazing personal triumphs she made for her health… She was able to have some incredible performances during our friendship… I wished people saw more of that positivity. I wish those personal triumphs were portrayed more publicly.”

Wood said he was devastated when he heard the news that Winehouse was found dead in her London apartment.

“She was like family,” he said. “And when you lose a family member, and I was 25, it was a lot to deal. I think anything involving her I just had to put away and process her passing. It took me a long time to revisit these images and decide if I wanted to put them out. Decide if I was strong enough to do it.”

In October of this year, Winehouse’s family signed a deal to make a biopic about the late artist. Shooting is due to start in 2019.

Wood has high hopes for the project.

“What I’ve been told about it is that it sounds like a strong project,” he said. “And if the right people are involved, and the cast is great, then I think it could be something beautiful. I think it could shine a light on her in a new way.”

Remembering Winehouse is still bittersweet for Wood. But now, he hopes audiences will see her beyond the doomed persona.

“She was at the height of her fame and that was a whole uncomfortable whirlwind,” he said. “…But she was human. And I hope people can connect to that… I just want people to remember the incredible gift she shared with the world.”