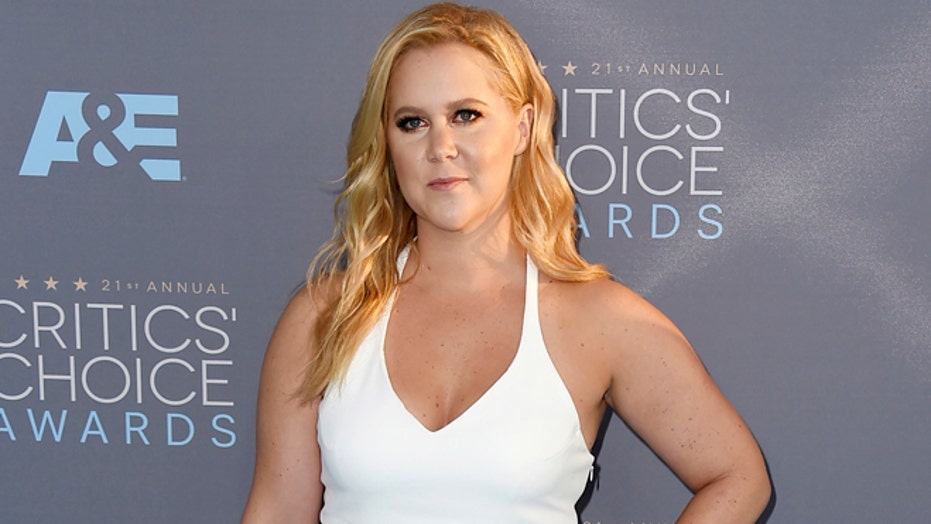 Pregnancy was tough on Amy Schumer, so she's taking precautions.

During an upcoming appearance on "Sunday Today with Willie Geist,"  the "Trainwreck" star, 39, revealed that despite discussions of a second child, pregnancy is out of the question.

"We did IVF and IVF was really tough on me," Schumer said in a sneak peek of the episode, which will air Sunday, Aug. 16. "I don't think I could ever do IVF again."

Amy Schumer said she 'can't be pregnant ever again' after facing severe health problems during her first pregnancy. (The Associated Press)

Schumer has been very open about her struggle to conceive, hence the IVF. Between the difficulties of becoming pregnant and the health scares the comedian faced while pregnant, she's ruled it out in the future.

"I decided that I can't be pregnant ever again," explained Schumer. "We thought about a surrogate. but I think we're going to hold off for right now."

For now, however, the star is basking in the glow of motherhood.

AMY SCHUMER OPENS UP ABOUT FERTILITY STRUGGLES: I'M 'RUN DOWN AND EMOTIONAL'

"Life is so much more beautiful," she gushed. "He's the best thing in my life."

Schumer's pregnancy struggles are chronicled in the docuseries "Expecting Amy" on HBO Max, which follows the "I Feel Pretty" star as she embarks on a tour while carrying her son.

Among the ailments faced by the comedian was a severe form of morning sickness called hyperemesis gravidarum.

Earlier this year, Schumer revealed that she and her hubby had to tweak their son's name.

During an episode of her podcast "Amy Schumer Presents: 3 Girls, 1 Keith," the actress explained that when Gene was born, his middle name was Attell, after actor and funnyman Dave Attell, for which Attell said it was “an honor” to have the newborn bear his name.

However, realizing she likely subjected her son to a life of ridicule for his name, the “Trainwreck” star said had to give “Attell” the boot, but at no fault of the Comedy Central star.

“Do you guys know that Gene, our baby’s name is officially changed?” Schumer asked her listeners on her podcast. “It’s now Gene David Fischer. It was Gene Attell Fischer, but we realized that we, by accident, named our son ‘Genital.’”