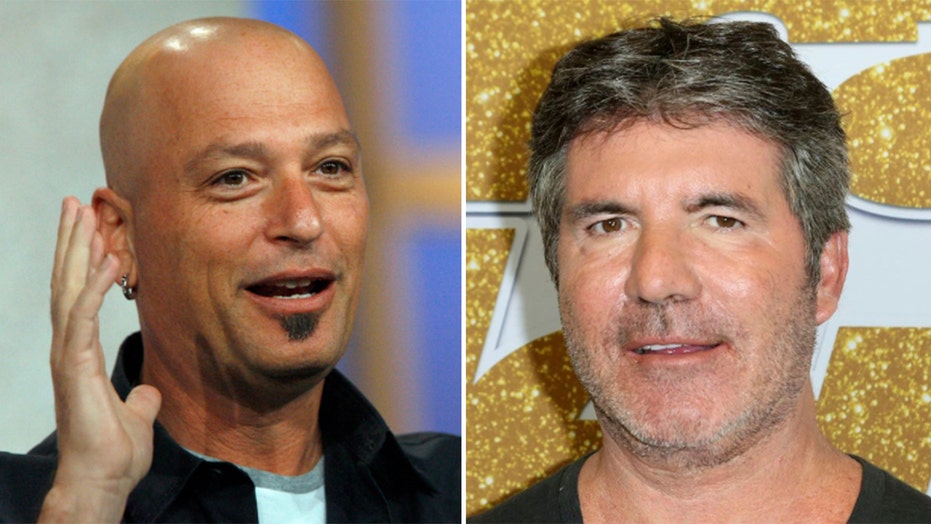 Simon Cowell is on the mend after breaking his back in a recent bicycle incident, so says his “America’s Got Talent” fellow judge Howie Mandel.

The entertainment mogul broke his back "in a number of places" after falling from a new electric bike he was testing out in the courtyard of his Malibu, Calif. home on Saturday, a representative for Cowell confirmed.

Mandel joined "AGT" judges Sofia Vergara and Heidi Klum for a chat with E! in which he said the competition show hosts "didn't know what to expect" when they first heard the news. Mandel then went on to share a positive update on Cowell's injuries.

'AMERICA'S GOT TALENT' JUDGES SPEAK OUT ABOUT SIMON COWELL'S INJURY: 'WE MISS OUR BOSS'

Aug. 28, 2018: Simon Cowell arrives at the "America's Got Talent" Season 13 Week 3 red carpet at the Dolby Theatre in Los Angeles. Cowell broke his back Saturday while testing his new electric bicycle at his home in California.  (Willy Sanjuan/Invision/AP)

"We were a little bit in disarray because we were worried. We were worried about our friend, and our boss, and our leader, Simon Cowell, who we hear is doing spectacularly well, considering," Mandel said.

Cowell was "doing fine" and remained under observation after undergoing surgery at an unidentified hospital, the spokesperson said. Cowell's partner, Lauren Silverman, accompanied him to the hospital and has been able to see him briefly. Cowell's overnight, six-hour surgery included placement of a metal rod.

Mandel told the outlet that Cowell is already "up on his feet" following surgery.

"So, as I've been saying to a few other people, I wouldn't count out seeing Simon again before this season's end," he added.

The "Deal or No Deal" host then called the "AGT" production crew "spectacular" for figuring out a way to film the live show despite limitations due to the coronavirus pandemic.

Klum also called it "pretty amazing" that the show has been able to still be filmed. The supermodel added that the cast and crew are "tested all the time" and continue to wear masks with social distancing in place.